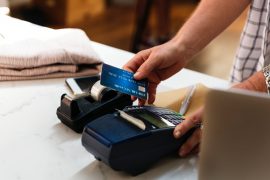 Currently, consumers who repay part of the outstanding balance during the BNPL offer period can be charged interest on the full credit amount – including the repaid portion – backdated to the date of purchase.

Under the new rules, firms will be banned from charging interest on money that has been repaid during that period. Companies offering BNPL credit will also have to give customers better information about the risks of BNPL deals as well as the benefits and remind customers when the offer period is about to end.

Typically, over a third of consumers do not repay the full balance within the offer period.

Christopher Woolard, executive director of strategy and competition at the FCA, says the rules are intended to simply BNPL products and make it easier for consumers to make informed decisions.

He adds: “We expect the overall package of measures will save consumers around £40-£60 million a year and tackle the harm we identified in this market. As we have shown, we will intervene where we see harms and we remain vigilant in this and other sectors.”