Australian neobank, Douugh, will go public on the Australian Stock Exchange (ASX) in July and hopes to raise $10 million as part of the listing, Jane Connolly writes. 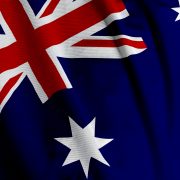 The Australian Financial Review (AFR) reports that Douugh decided to pursue a listing because the banking challenger did not feel Australian venture capital firms would be able to keep up with its needs.

“The challenge with any neobank story is that we’re not shy to admit how much capital is needed to scale our business plans,” says Douugh founder and chief executive, Andy Taylor. “And the issue with local funds would have been their ability to follow on.”

He adds: “If we didn’t follow this path, we would have had to move to the US and take on VC money there. But we’ve always wanted to stay in Australia and we think there’s deeper capital pools [in the listed market].”

The decision to go public follows an undisclosed investment from Japan’s Monex Group. Taylor told the AFR that Monex had the intention of becoming a long-term investor.

Douugh does not need a banking licence from the Australian Prudential Regulation Authority, as it offers customers bank accounts by forming partnerships with existing banks that have licences.

The Douugh bank account and Mastercard debit are issued by Choice Bank.

Douugh’s first market will be the US, beginning with a staged roll-out. Its local launch has been delayed due to the introduction of open banking in Australia being pushed back to February 2020.

The “smart” Douugh bank account comes with an AI savings assistant called Sophie and is free to set up. But anyone wanting to access its AI-powered managed investment portfolios will have to buy a subscription.