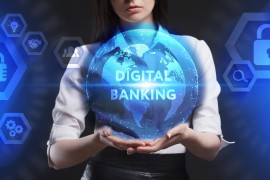 “Blend’s technology platform is driving an evolution in how lenders do business and interact with their clients,” says Paul Stamas, managing director at General Atlantic. “Blend’s approach of partnering with financial institutions to reimagine consumer finance has proven hugely successful thus far.”

The financing comes at a time when Blend processes nearly $2 billion in loans every day in partnership with more than 150 lender customers. The company recently announced product expansions into deposit account opening, home equity, and homeowners insurance, along with a additions to its executive team, including former Fannie Mae CEO, Tim Mayopoulos.

With the new capital, Blend intends to continue growing its team of nearly 400 employees. Blend also plans to invest in new technologies, grow its ecosystem of partners and further its expansion into a broader suite of consumer lending products.

“Together with our partners, we’ve made significant strides in transforming lending experiences for consumers and institutions across the country,” says Nima Ghamsari, founder and CEO at Blend.

Blend has also named former Pixar CFO, Ann Mather, to an independent board member position. She currently serves on the boards of Alphabet, Airbnb and Netflix, among others.