Blockchain-based identity start-up BanQu has closed an extension of its Series A round led by Anheuser-Busch InBev’s venture arm ZX Ventures, reports Julie Muhn at Finovate. 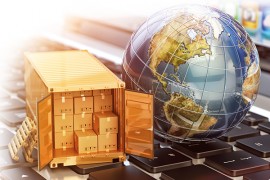 The amount of the funding was undisclosed but adds to the company’s previous funding total of $2.6 million.

“After BanQu’s outstanding pilot performance in our 100+ Accelerator, we are pleased to solidify the partnership with Ashish, Jeff, and the entire team at BanQu through an equity investment,” says Tony Milikin, chief sustainability and procurement officer at AB InBev. “Together, we are working to improve access to modern banking for thousands of farmers in underserved rural markets, driving inclusive growth and contributing to our own 2025 Sustainability Goal as well as the UN’s Sustainable Development Goals.”

Minnesota-based BanQu’s blockchain-as-a-service company that aims to lift people out of extreme poverty by connecting them with global supply chains, brands, organizations, and governments. The company connects the unbanked population to the global economy via a distributed ledger of financial and personal records using blockchain technology.

Once users create a transaction history on the BanQu blockchain, they create a trackable personal history that serves as a form of identity, providing a baseline for them to participate in the global economy.

BanQu originally launched its partnership with AB InBev in August of last year after piloting its identity technology with 2,000+ cassava farmers in Zambia. Since then, the company has rolled out programs in Uganda and India, and is planning efforts in Brazil.

“ABInBev has been an incredible partner to BanQu over the past year, and together we have innovated and scaled the BanQu platform across multiple countries and thousands of farmers. Farmers at the world’s “last mile,” traditionally excluded from the global economy and lacking a verifiable economic identity, are now visible, financially empowered, and connected in the global supply chain of AB InBev,” says BanQu Co-Founder and CEO Ashish Gadnis. “The ZX investment takes this partnership to a whole new level of commitment on both sides. It cements our core shared vision of making the world a better place while being good business stewards.”