National Data Consultants (NDC), Temenos’ partner in the region, was selected as the system integrator for the project. 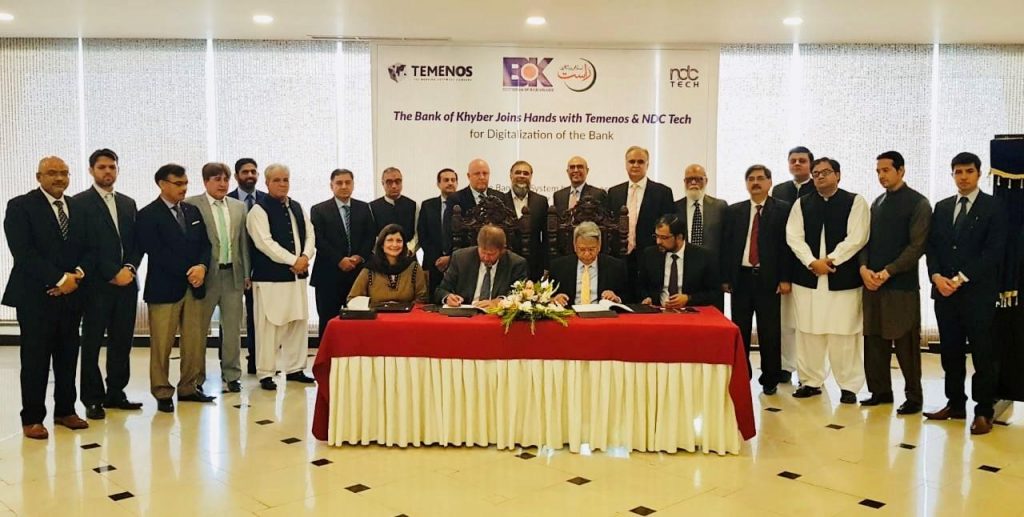 Bank of Khyber signs for new tech with Temenos and NDC

Government-owned Bank of Khyber embarked on new core banking software search in 2018, as reported by FinTech Futures, looking for new tech to support its network of 166 domestic branches (including 84 Islamic banking branches).

Temenos and NDC were selected “after a thorough due diligence process”, according to Muhammad Azfar Latif, CIO, Bank of Khyber.

“We hope to turn this bank as a model for other industry players locally and internationally,” he states.

Saif Ul Islam, MD and CEO, Bank of Khyber, believes the new technology will enable the bank “to have a strong footing on the digital platforms”. It also meets “the bank’s strategic long-term plans in increasing operational efficiency”, he adds.