Axinan and Sompo Indonesia team up 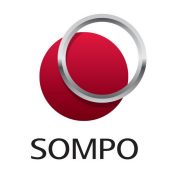 This partnership will see a deep involvement from Axinan to provide full-stacked solutions spanning across Sompo Indonesia’s entire insurance value chain from customer acquisition to assisting the insurer with establishing a digitised claims management infrastructure – all made possible through Igloo.

“With a population of 264 million in Indonesia, the overall insurance penetration ranks among the lowest in the world at less than two percent. It is with the encouragement of the country’s regulators for insurers like Sompo Indonesia to arm ourselves with digital innovations to drive the adoption of insurance,” says Eric Nemitz, CEO at Sompo Indonesia.

Wei Zhu, founder and CEO, Axinan comments: “In Indonesia, 60% of the adult population uses a smartphone with an average of 71 apps installed per smartphone device, and 34 apps used per month per device. This indicates that smartphone penetration in Indonesia has set in and will continue to grow with close to half of Indonesia’s population expected to own a smartphone by 2020. Our mission is similar to Sompo Indonesia, to provide an innovative platform that aims to tap on the potential of Indonesia’s millennial population that is hooked onto the internet economy.”

In a recent article on insurance published by CB Insights, Indonesia is the second fastest-growing P&C (Property and Casualty) market and the fastest-growing market for life insurance – according to a market outlook report by Munich Re. In the same article, it cited data from the OJK that insurance literacy in Indonesia fell from 17.9% in 2013 to 15.8% in 2017.