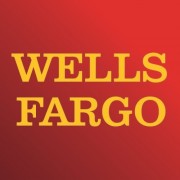 The Kilkenny-based fintech will see its platform exclusively handle all Wells Fargo’s inbound payments into the US from overseas.

TransferMate will add a team of 25 staff in New York and North Carolina and a further 25 staff in Kilkenny to manage the Wells Fargo partnership.

The paytech’s co-founder and chief executive Terry Clune says that the Wells Fargo deal was a step in TransferMate’s efforts to replace the Swift system used by most banks.

“We went through a two-year due diligence process with Wells Fargo and we are the only fintech company they have chosen to administer their inward payments globally,” says Terry Clune, co-founder and CEO. “For other banks, that vetting and compliance that we have gone through makes us a much easier choice.”

TransferMate has agreed major investment deals with AIB and Dutch giant ING, which last year valued the company at €350 million.