Open Banking: much ado about a brave new world 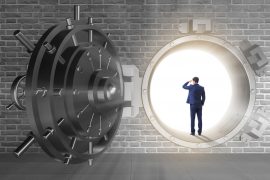 The intent is revolutionary. The path is non linear.

I love talking to Aussies.

First of all, no matter how serious the conversation, it always sounds like they are on the beach, enjoying life. Don’t tell me it aint’ so. I don’t want to hear it. They sound like they are having a good day, and that is a good thing.

Secondly, they always ask me “how is it going with open banking”, in a way that is so intimate and engaged: like it’s my personal project, a pet or a new relationship that is yet to bed in. I like that. I like discussing the biggest regulatory transformation of my lifetime as if it were a child’s school report: “oh you know, he’s showing real promise in the liberal arts but it’s too soon to tell which way he will go as he grows older”.

Much as I love the question, it’s hard to know what to answer.

Because not much is happening.

Because everything is happening.

Much ado about nothing

A few years ago, I chaired a panel of geeks. APIs and messaging standards. One of the geeks was an architect from one of the big banks in the UK and, when asked about Open Banking he said “we don’t expect a stampede”.

I thought he was cynical, at the time. But the thing is, he was right. There hasn’t been a stampede. From any direction.

The banks have rushed to comply but despite millions spent with consultancies and many a project team working their way through tons of post-it notes, no real strategy for monetising Open Banking and the opportunities it affords has materialised.

The customers have sort of maybe used some aggregator apps, in numbers that suggest that “meh” is an accurate response to “is it working”, “how is it going”, “was it even a useful idea”.

Even the startups building their USP on either facilitating Open Banking or leveraging the digital riches it opens access to, have not been as numerous as we expected. They have not unearthed a golden egg, a magic lantern or at least a silver bullet. They are faring exactly like startups do. Some struggle, some flourish, they all change the conversation one little piece at a time. But the revolution has not come. Neither has the revelation of a brave new world of possibility, openness and transformation.

Open banking is a big deal.

Because it marks the end of an era.

An era defined by fortress mentalities, zero-sum-game commercial models and regulators who looked at what you’ve done and the checklists you employed to ensure you did it properly. Post open banking, the consumer comes first. Plus now we have to contend with sharing economies, transparency in fees and a focus on what is possible, desirable and a bloody good idea rather than “the way we used to do things”. This means that the revolution is subtle and may be slow but it’s here whether we like it or not, and that is a good thing.

So what if there hasn’t been a stampede.

There is a lot to take on.

Plus the way we’ve been approaching this has been tainted by the old world.

Everyone went down that route first.

Hoping to change as little as possible.

We soon discovered that was not an option any more.

What’s the opportunity in this, we asked. How can I make money? What product or service do I sell on top of it?

Product managers scratching their heads. Consultants recycling decks around passporting, platformization and first mover advantage in being the home screen the customer defaults to for all their aggregator needs.

Nothing flew, and that is a good thing.

Ask the wrong questions, you get no answers. Which is marginally better than the wrong answers. Because at least it forces you to pause and think. And if your own thinking gets you nowhere, then you finally stop and look, and that is a good thing.

Look and ye shall find

The world is too complex to figure everything out from your armchair. Those are the wise words of Esther Duflo, an MIT economist, who warned against know-it-alls and the danger of the view from your desk. And Open Banking is a case in point.

Nobody started dancing in order to make use of gravity.

Swings and seesaws were not the outcome of the question “huh propulsion and friction, are they a thing?”.

The process of creation is not linear.

They will come from folks trying to figure out what an SME needs to see to better run their business. What a single mother needs to access and control in order to balance her cheque book, juggle dates and make money go a little bit further.

How your holistic credit exposure can be captured.

And the solutions will leverage APIs and Open Banking access and neither the user nor the provider will be thinking about Open Banking while they are getting on with things. And the banks may look on, or may get stuck in solving some problems that may or may not leverage what Open Banking renders possible.

So my answer to my friends down under is always the same.

The intent is revolutionary.

The path is non linear.

And the world will change.

Without a stampede, perhaps. Without a ta-dah moment. But also without the shadow of a doubt. And that is a good thing.