On becoming, and the burden of experience 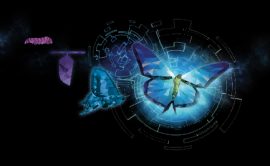 I walked out of a meeting not so long ago and fell into step with someone and got chatting.

The meeting hadn’t been easy but it was constructive.

The best kind of meeting in some ways.

Complex stuff, sure, but dealt with by grown ups.

One person in the meeting had, indeed, struggled to maintain the tone, to spar but not attack. To hold firm without doubt and push without aggression. And that person was the subject of my companion’s commentary. Kind commentary. Soft commentary.

“Painful thing to see, how his inexperience is tripping him up despite his hard work and best intentions, isn’t it? And there is nothing to be done for it. Just let him learn.”

There had been painful moments in the meeting.

And the person causing them and suffering the most from them was lacking neither in aptitudes nor attitude. He was just green.

We’ve all been there. By definition.

At some point in my career, I became

When did we stop being there?

This is not a piece about me getting old – although man alive, am I getting old. This is a piece about experience creeping up on you and what to do with it when it materialises. Because there is no definitive
point when you go from green rookie to a veteran. Sometimes you only realise it has happened because someone calls it out.

The first time I was called a banking authority I almost fell off my seat. I had spent so long thinking of myself as a random newcomer into banking, landing there by accident via an unexpected side door of serendipity, coincidence and chance, and openly using my non-banker status to ask stupid questions and learn faster. A year or two into this you are green.

Twenty years in, you are not.

The point of transition is neither specific nor pre-determined, it is neither momentary nor definite. But it is definitive.

At some point in my career, I became a banker

I never dreamt of becoming a banker (does anyone, other than my college buddy’s little brother who dreamt of joining Credit Suisse from the age of nine? And yes, he did, have no fear). I fell into banking and made the most of it like most of us.

But because I fell into it from another career and not via a milk round, I felt my inexperience very keenly at first. I was hired for a set of skills acquired prior to joining the bank and my lack of knowledge of banking stuff was both open and not a problem. That turned out to be a superpower and a blessing as I could prod, ask, debunk – all under the banner of “I am new to this”.

And I flew under this banner longer than you’d think. First I was new to banking. Then I was new to ops, coming from IT. Then I was new to business, coming from “where the real work happens”. Then I was new to senior management. The banner flew high. I asked questions. I pushed and prodded and challenged and revelled in my slightly maverick outsider status until it struck me. I was a banker. Not a crusty, pin-stripe-suited capitalist. But someone who had come to know and understand this space. Work in it with a certain degree of legitimacy. I knew it. And the industry knew it. My colleagues knew it. And my bosses knew it. It didn’t happen all at once, but once it happened the threshold had been crossed and what started as a job became a career.

At some point in my career, I became experienced

It’s such a silly thing to say but it creeps up on you, the way wrinkles and gray hair do. At some point, you have seen enough to be able to see a bigger picture, to pick out a disturbance in the force, to have expectations of what normal is. You don’t doubt yourself as much. So you know that if you are holding firm, or pushing hard it’s actually ok for you to do so in these circumstances and the other side knows it too. And when you fold, live to fight another day, let something slide it’s because you know in the grand scheme of things it doesn’t matter all that much. You know what is a big deal and what isn’t. You have context. You have depth perception.

At some point, you have seen enough to read a situation and not second guess yourself as much.

And you can’t learn that in any way other than by doing it.

Your attitude and aptitudes simply help you along the way of gaining those experiences, of being the person people pick to be in the room, to be in the trenches, to do the fighting and the learning with them. At
some point in that process you go from not having it to having it. There is no bell. No fireworks. You sometimes don’t even realise it until you see someone who doesn’t have it and go “oh”.

During a performance review once, trying to articulate where a very promising young team member needed help that person’s manager said “he has the knowledge, he has the attitude, he just doesn’t have the battle
scars”. She was right. And it wasn’t about the scars. It’s not about the old guard wanting everyone to go through the pain as a rite of passage.

It’s that the battle scars give you confidence to replace either arrogance or insecurity and often both.

The battle scars give you reference points to support book learning and good ideas.

The battle scars give you credibility when leading, mediating or adjudicating.

The battle scars are how you know when something is a fight and when it doesn’t need to be. And if you need to fight, it’s the battle scars that help you position yourself, strategise and assess.

And above all, the battle scars temper you. Because you’ve seen a lot and know enough to know the world is complex, life is messy and humans will often surprise you.

At some point in my career, all excuses ran out

The thing about experience is that we often use it wrong.

It hurts to acquire it.

It takes toil and there are no shortcuts and often the process downright sucks and it is questionable whether it’s worth it if you look at the mental, emotional and material cost of some experiences. But that is not the point. Experience is about the life you had, the things you saw, the things you learnt, the stuff you did and didn’t do, the regrets, the triumphs and errors. The feelings that went with them, The learning. Always the
learning.

Experience is about being at that place where you have learned something. And that is the point. Once you are there – and no matter how long it took you to get there – you can look at those struggling next to you and know and even tell them: it’s neither skill nor effort, don’t be too harsh on yourself. It will come with time.

Once you have acquired experience and learned all that good stuff and have the composure and ability to read through what’s in front of you, you can’t pitch your tent and look smug, I’m afraid. You are not done.

Even though you will often see the seasoned vets lording it over new folks, mocking their green-ness, erecting obstacles of minutiae and apocrypha, replacing a sense of order for a sense of wonder. Pass them by. That is not what experience looks like. They went through the battles and did little learning, wasting the effort and opportunity and losing themselves somewhere in the journey.

Being experienced isn’t just about knowing the stuff and having seen it all before. It’s about having seen enough and learned enough to be able to find ways forward, ways to help, ways to go from good to better, from “the way things are” to “the way things could be”. Having experience means you have seen enough to be able to tell reasons apart from excuses. And know what to do with each.

Above all, your own.

Because experience simply means you no longer have excuses for not doing the things you know need doing.