EXCLUSIVE: Nigeria-based Titan Trust Bank has selected Oracle FSS for its core and digital banking technology, it is understood. The start-up bank recently obtained its license by the Central Bank of Nigeria, reports Martin Whybrow. 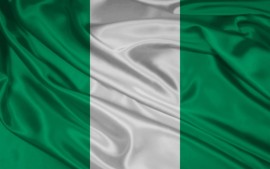 It’s understood that Temenos and Infosys also competed for the deal. The shortlist came down to the two most widely installed international core systems in Nigeria, Infosys’ Finacle and Oracle FSS’s Flexcube.

The Nigerian banking sector has seen a great deal of upheaval over the years, with many mergers, start-ups and closures. Flexcube is a well respected name since the late 1990s (the pioneer was Access Bank, now one of the country’s top five banks) and has been a commonly selected platform since then.

The new bank is believed to be one of five to have gained regulatory approval of late (Globus Bank is another). Local media sources say the new licences stem from the Central Bank’s desire to attract new investments into the sector and better serve the country’s 50 million+ unbanked and under-banked citizens.

Titan Bank is said to be headed by a former executive director of Heritage Bank (which is a Finacle user).

Oracle FSS did not respond to request for comment.