Manchester: the “only logical choice” outside London for Europe’s fastest growing fintech 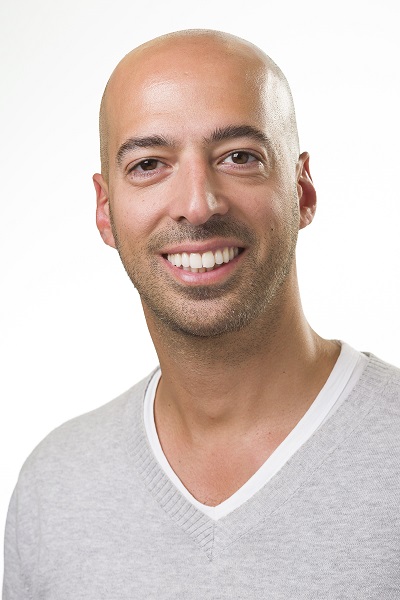 Amir Nooriala is chief operating officer at OakNorth, one of Europe’s most valuable fintechs. Attending a UK FinTech Week event hosted by MIDAS – Greater Manchester’s inward investment agency – he explained why Manchester was the “only logical choice” for the challenger bank’s first office outside London.

Can you introduce OakNorth and give a brief outline of what you do in Manchester?

We are Europe’s fastest-growing fintech by assets, valuation, profits and revenue.

The business’ mission is to provide small and medium-sized growth companies with the debt finance they need to compete against large corporates.

Our big data and machine learning platform, OakNorth Analytical Intelligence (ON AI), is how we’re doing this – within the UK, we do this via balance sheet lending (OakNorth Bank) where we lend between £500,000 and £40 million, and throughout the rest of the world, we do it with by licensing ON AI to other banks and lenders so that they can replicate our success with SME lending in the UK, in their own markets. We are now working with partners across eight geographies who have combined balance sheets in excess of $800 billion.

Since its inception, the OakNorth group has secured over $1 billion from investors, including: Clermont Group, Coltrane, EDBI of Singapore, GIC, Indiabulls, NIBC, Toscafund, and SoftBank’s Vision Fund.

In terms of what we do in Manchester, we have an operations and customer service team based there, as well as a handful of lending directors who help to originate and transact deals with businesses in and around the city.

Why did OakNorth choose to open a Manchester office?

We are a London headquartered business, but when we started the business we knew we had to have a Manchester office from day one.

Access to talent was an important factor. In Manchester, there are four very strong universities with a graduate pipeline. You also have big banks who have built a pool of expert talent. Connectivity is another benefit of being in Manchester. Manchester Airport has two runways – we fly ourselves to India, New York, Singapore amongst other destinations all the time, as we also have a bases there. All the boxes were ticked.

The bank’s head of IT infrastructure sits in the Manchester office alongside the support, risk and client-facing functions.

We’ve expanded the office over time and last week announced that we’re bolstering our regional presence with the appointment of four senior lending team members in Manchester, the Midlands and the South West.

Why did we do this? One of the features about our lending process that our borrowers greatly appreciate is the ability to discuss their finance needs directly with the credit committee. To ensure we can continue offering this experience whilst providing British businesses and property developers with access to customised debt finance options, we have made several senior hires in Manchester, Bristol and Birmingham – all of whom have incredibly strong regional knowledge and over a century of experience between them

How do you see investment trends in fintech at the moment?

The UK has now attracted more fintech investment than any other country besides the US and China (the two largest economies in the world) and the figures are increasing year on year.

There has been a conscious decision from fintech businesses that if they are not going to be based in London, then they should be based in Manchester or one of the other emerging fintech hubs in the UK. For example, Monzo has offices in Cardiff, Starling has offices in Southampton, Atom is headquartered in Durham, so the strength of the UK’s fintech sector really is national and isn’t confined to just one or two cities.

This is, in large part, thanks to the great work of institutions such as MIDAS, FinTech North, the DIT, Tech Nation and Innovate Finance, who continue to support the sector on a national level.

There are also a huge number of home-grown companies in the Greater Manchester region, including Raisin – a great example of a European business that has cut out London. This is great news for companies looking for talent; you don’t want to be the only fintech in a city.

What support is available for companies looking for funding?

It used to be that if you needed funding then you needed to get on the train to London, but more venture capitalists are now looking to Manchester for investment opportunities. When a Manchester fintech exits or IPOs, there will be a gold rush in the city. I think we are probably another year away from that happening. There is an increasing amount of local money and support from organisations such as MIDAS to help navigate the landscape.

What should companies consider before they start looking for funding/lending?

As our founders Rishi Khosla and Joel Perlman’s first business (Copal) grew, they began to get noticed. They had one offer to sell for a million dollars that was considered. Luckily, that buyer walked away. Then, in 2006, they had another offer for $20 million. They thought seriously about selling the company then – it was quite a lot of money and tempting, but they decided not to sell as they knew they had way further to go. By the time they did sell in 2014, they had a nine-figure deal that would return over 175x capital to our original investors.

So, my advice would be to think about ways of taking cash out of the business without having to sell it.

When a company has too much capital available upfront, it tends to be built on fundamentally bloated cost structures.  Spending more money than is necessary becomes a part of the company’s DNA and changing this is hard. Having little to no money forces businesses to operate from a mentality of scarcity, and these businesses end up operating much more efficiently.

We’ve been very fortunate to attract over $1 billion of investment from several of the world’s most notable institutions, including SoftBank’s Vision Fund, Clermont and GIC. All our investors share our long-term vision and are willing to back our founders and management team. This is patient capital for them. They’re not looking for a quick exit which is in sync with our founders as they aren’t either. They always say that you should run your business like you’ll be running it forever as then you’ll make decisions for the long-term.

Is funding available for fintech businesses and when should you obtain it?

Funding is available but wait until you know the direction of the company and be aware of diluting too much. Consider what else you’re giving out. There’s nothing wrong with a bit of bootstrapping.

Also, don’t forget that funding comes in a lot of shapes and sizes, not just VC or private equity investment. There are several government schemes such as EIS, SEIS, the British Business Bank’s Enable Guarantee Programme, etc. as well as crowdfunding (both debt and equity), P2P lending, and of course, taking out a traditional bank loan from a non-traditional bank (such as OakNorth!).

Is there a good or bad time for a fintech company to move to Manchester?

Before choosing to relocate, companies need to have a machine that is working well. We have a very important rule in our company and that is “don’t distract yourself”.

International investors should also be aware that England is a small country and that if they come to Manchester or London, they are not constraining themselves to doing business in one part of the country.

What are your predictions for the fintech sector?

Amir Nooriala was among speakers at an event hosted by MIDAS to mark UK FinTech Week. MIDAS partnered with the Department for International Trade to bring more than 50 fintech professionals from across the globe to Manchester, who were joined by some of Manchester and the North West’s established fintech and financial services companies.