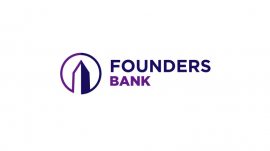 A new challenger bank is about to enter the crypto market as Malta and London-based Founders Bank is receiving EU banking licence authorisation in Q4 this year.

Founders’ Bank which is backed by crypto exchange Binance and venture capitalists, has been awaiting a banking licence since 12 June 2018, according to the Maltese government.

Once it’s authorised, the disrupter will be offering corporate banking services focused on tech companies including accounts, payments, escrow and credit.

“Founders Bank will have its own proprietary banking platform with instant, multi-currency settlement,” says a spokesperson at the bank.

It is working with several industry leaders in blockchain including exchanges and other infrastructure providers.

Its current expansion plan is to obtain operating licences in all the main financial jurisdictions, including the US, Singapore, and UK in the first instance.

Paula Pandolfino is the bank’s co-founder and chief strategy officer. Kenan Altunis, who has 20 years’ experience in finance at Deutsche Bank, is CEO. Lana Burdei, formerly of HSBC and Barclays, is COO.

On the technology side, Dearg OBartuin is CTO, having been CTO at Challenger.Money, the London Block Exchange and BitPesa. And Ludwig Mallia has recently joined as head of IT. He moves from Bank of Valetta, where he was programme manager for one year. Prior to that, he spend nearly eight years at MeDirect Malta, most recently as head of core banking platforms.