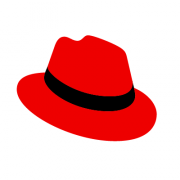 Fabric is a key component of Deutsche Bank’s digital transformation strategy, the bank says, and it serves as an automated, self-service hybrid cloud platform that enables application teams to develop, deliver and scale applications faster and more efficiently.

The bank is among the largest in the world and executes around 13 million payments at a value exceeding €1.1 trillion and clears euro transactions worth €500 billion each day.

The bank says cloud-native application development methodologies like containers, microservices and DevOps are well-suited to supporting those goals.

Red Hat Enterprise Linux has served as a core operating platform for the bank for a number of years and provides a supported, common foundation for workloads both on-premises and in the bank’s public cloud environment.

The bank also deployed OpenShift on its on-premise infrastructure: a platform for applications across hybrid cloud environments, spanning from the data centre to multiple public clouds.

Both Red Hat Enterprise Linux and OpenShift Container Platform are deployed and maintained using Red Hat Ansible Tower, a framework that automates and standardises IT at enterprise scale.

The bank has achieved its objective of increasing its operational efficiency, now running over 40% of its workloads on 5% of its total infrastructure and has reduced the time it takes to move ideas from proof-of-concept to production from months to weeks.