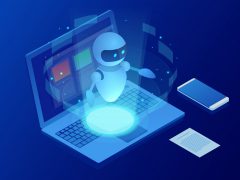 The Series B round brings the Ann Arbor, Michigan-based fintech’s total capital to $60 million.

“We’ve had phenomenal growth and built unbelievable momentum in a very short period of time,” Clinc CEO Jason Mars says. “Now we’re adding more world-class investors to support our growing team as we work to accelerate the pace of innovation and to reshape the conversational AI landscape, one industry at a time.”

Mars notes that the new investment would help the company add to its team and expand to new, larger offices in Ann Arbor.

He also suggested to TechCrunch that this funding, which dwarfs the company’s $6.3 million Series A round from two years ago, could be the firm’s last financing before pursuing an IPO.

Clinc’s technology leverages natural language processing, advanced machine learning, and neural networks to decipher and respond to not just the meaning, but also the context and intent of human speech. In addition to being able to comprehend unstructured speech, the technology’s ability to learn and improve itself with every interaction allows it, for example, to quickly support new languages after being introduced to as few as 500 utterances.

Earlier this year, the company proved its technology could be used to provide in-game assistance for gamers, enabling them to communicate with the game using natural language, including slang, without requiring the use of specific commands.

In 2018, Clinc announced that it was expanding its technology to the automotive industry to give developers the ability to add natural language-based interaction and control functionality to vehicles. Also last year, the company teamed up with Turkey’s Isbank to launch the world’s second biggest mobile banking voice assistant.

With customers including USAA, Barclays, S&P Global, OCBC Bank, and US Bank, Clinc was founded in 2015. The company has achieved 300% year-over-year revenue growth, and anticipates tripling its business in 2019. Via its partners, Clinc estimates that more than 30 million people are using its conversational AI technology.