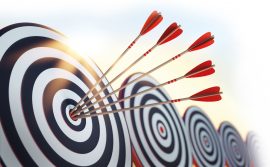 There are still 25 days to run on the campaign for the fintech-based startup, which helps banks and financial services companies to reward high-value customers with membership of its platform.

The Richmond, UK-based company is celebrating its first year of operations with a pre-money valuation of £12.75 million.

“We have been thrilled with the response to our first crowdfunding campaign and the anticipation around what we are creating,” says co-founder and CEO, Craig Unsworth. “To reach this latest milestone in the week of our first birthday is especially rewarding.”

“We’re now focused on our app’s imminent Beta launch to our founder members – which brings us closer towards our full launch later in the spring.”

The £500,000 is part of an overall £2.25 million investment that Upgrade Pack seeks in order to expand into the USA and Asia. The company had previously raised £1 million in pre-seed funding through private investors.