EXCLUSIVE. Unite Global, operator of the Unite cross border payments hub, has received a licence to issue WOCU currency into the banking system. 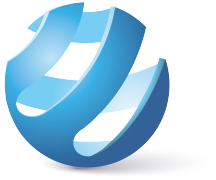 WOCU wakes up to a Unite Global partnership

The WOCU is a global currency developed and distributed by WOCU, a London based fintech. The WOCU quotation is transparently based on a basket of GDP weighted, real-time exchange rates.

Unite plans to issue WOCU currency from 2020, following the establishment of the Unite banking correspondent hub. The WOCU is not a cryptocurrency; it will be reserve backed, regulatory compliant and FX traded and held within the banking system just like any other national currency.

The WOCU wants to be an alternative to the US dollar as an international trading currency. It offers naturally reduced foreign exchange (FX) volatility for trading partners. The WOCU is also expected to be particularly attractive to countries seeking reduced reliance on the US dollar and US-influenced payments systems, such as the BRICs.

Unite, as an apolitical and independent banking correspondent hub, will issue electronic transactional WOCU currency in bulk to UNITE connected banks. WOCU can then be delivered to their banking customers by regular FX transactions at normal costs like any other currency, and thereby used and held as a relatively stable medium of exchange and store of value.

Once issued, WOCU currency may be transferred and exchanged in secondary trades in the established financial system, just like any other fiat currency.

Tord Coucheron, CTO of Unite Global, says: “Finally, after lengthy discussions proving that both parties had the exact same visions for WOCU, the currency has now been perpetually secured for the UNITE network. This will give all banks and their customers easy access to what we believe may be a better and fair tool for world trade settlement.”

Crucially, unlike cryptocurrencies built on sand and all national, fiat currencies, the vast majority of WOCU issuance proceeds will be invested into a dedicated, ring-fenced fractional reserve fund.

The WOCU reserve will be ethically and independently managed by a leading Sovereign Wealth Fund to form, after investment returns, a 100% plus fractional reserve within two years of first issuance.