TrueLayer joins with ANNA to offer open banking to SMEs

Freelancers and small businesses will have access to the benefits of open banking, as TrueLayer partners with business current account provider ANNA Money, reports Jane Connolly. 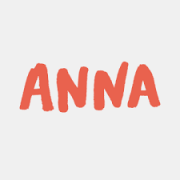 Digital admin assistant ANNA can make VAT calculations via its app faster and easier for customers, now that it can offer enhanced open banking-based services, such as account aggregation and financial data.

In February, TrueLayer launched its open banking-based Payments API. If potential plans to integrate the API into ANNA’s platform go ahead, ANNA customers will also be able to make quicker, cheaper and more secure transactions via payment initiation.

“Companies from start-ups to the established have engaged open banking technology with varying degrees of usefulness,” says Nikita Filippov, chief product officer at ANNA Money. “It appears the majority of implementations are doing the basics in allowing access to transaction data from multiple sources.”

Nikita adds: “But we at ANNA don’t think any of this goes far enough to serve customers with anything particularly useful or different. By partnering with TrueLayer we’ll be able to offer new, really useful applications of open banking. Or, as we call it – Open Banking Plus.”

ANNA anticipates working with TrueLayer to deliver a range of new features to help with other business tasks, from processing invoices automatically to Making Tax Digital integration.

TrueLayer has announced a number of major agreements with high-profile companies over the last year and plans to reveal new partnerships in the coming months.