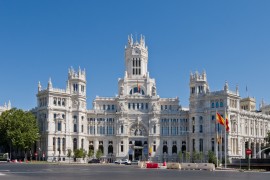 Teradata Universe Madrid 2019: Teradata agrees that less is more
Much analytics investment by banks and corporates is wasted.

New funding set to make Monzo second-largest UK fintech startup
After reportedly closing a £100 million funding round, Monzo’s valuation will be around £1.9 billion.

Standard Chartered fined $1.1bn for bad AML and sanctions breach
Although fines were expected, the total is much higher.