On feedback and what to do with it 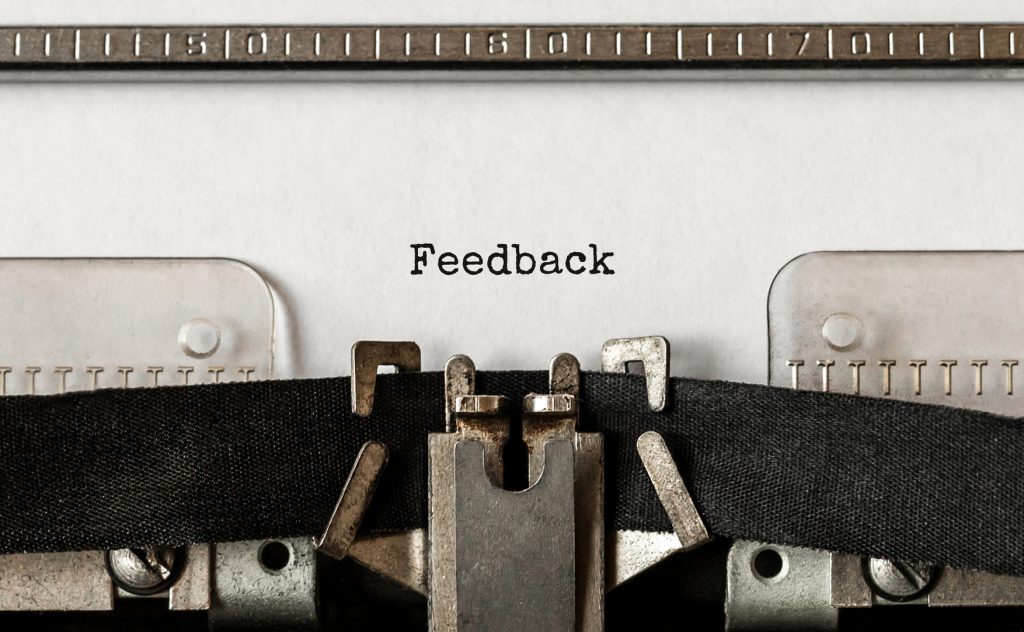 Giving constructive, actionable feedback is not easy. But man oh man is it essential.

Putting an article out every week for #LedaWrites has been an amazing experience. It has given me access to an incredible tribe of folks I may have never met otherwise. It has brought me humbling eulogies: words and deeds of immense, unexpected and potentially undeserved kindness.

It has sparked discussions and reactions that helped me reflect on things I thought I was done reflecting on.

I have met folks like @sudkes who summarise my work seemingly to make it infinitely better in the space of one tweet proving the wisdom of “I had no time to write you a short letter, so I wrote you a long one” and teaching me something after the day’s lesson is done.

But as you would expect, it has not all been love and roses.

Not everyone likes my writing. Which is normal.

Usually the folks who don’t enjoy my style or find what I have to say trite and way too niche (both potential accusations, true), abandon the pieces halfway, I am guessing, and I never hear from them. Which is ok, because hey we can’t all like or find the same things interesting. But also a shame because surely I could be learning something from their feedback.

So far, the negative feedback I have received has been a touch extreme. A bunch of death threats after a piece in favour of India Stack and a couple of folks who occasionally appear to tell me I am saying nothing, wasting words and being pointless and should stop writing and wasting people’s time.

I am desperate to learn from all feedback but dying is not part of my current plans. Neither is not writing. The feedback is not hugely aligned with my goals, selfish as this sounds. So I can’t do much with it. I have no choice but to ignore it. Not because I am obtuse (although… you know… some times) but because it is fundamentally non-actionable and hence there is nothing for me to do with it.

The intention may well be to upset me so that I would go on and do something after the feedback. But not strictly speaking with it.

But seriously. How often do we do this to each other?

At home? At work?

Giving feedback that is damning and not specific, hurtful and unhelpful.

You just pointed at all of me

You know that scene in “How to train your dragon” when Hiccup goes, “what’s wrong with me”, and the weapons dude with the wooden peg leg just points at Hiccup? And Hiccup says, “you just pointed at all of me”.

“The problem is you” is devastating as conclusions go. Which is not great. But more to the point, it’s not usable. What can you meaningfully do with that feedback? How can you even start getting better?

Giving constructive, actionable feedback is not easy. But man oh man is it essential. As friends. As partners. As parents (to those of you moulding future adults, thank you).

Every time appraisal season beckons it’s the same story. Holistic dismissals, 10,000 foot view adjectives that leave you clutching at straws. Discussions that stay too vague to be useful (“your communication needs to get sharper”), urgings based on what should not happen again but not what should not be repeated (“Let’s not have a re-run of the Albatross project. And no, I don’t want to go back and ‘he said/she said’, you know what I mean”. But the reality is we don’t.) and between the generic dismissal and the contextual detail, employees are left with a keen sense of whether their boss likes them or not, a spectrum of assumed safe behaviours and a vague sense of dread about things that went wrong but, if pushed, they can’t tell you which bit was the problem or how to avoid the same outcome next time. So they cower a little. They venture less. They stick to the safe side of the road.

Since they can’t do much with the feedback, they do something after it: and what they do is less. Less of everything. Less shine, less passion, less creativity. Less output. But also potentially less to go wrong. Less to get “feedback” about.

Serve it when it’s hot

My advice, for all its worth? Serve it when it’s hot.

This now, not good.

And most importantly of all: this good or no good, because…

Repeat often. Explain often. Reinforce often. And when appraisal time comes (or your kids’ report card), just go for a coffee and talk about the future. Because the rest you have covered and all this is old news.

Take the time to talk about aspirations and growth. Dreams and opportunities. That’s where the 10,000 foot view comes into its own.

For the rest, life is in the detail and the here and now.

So explain. Give people data points and narrative.

If feedback is what you are trying to give, then you should be clear what it is you think the person you are giving the feedback to should do as a result. If you don’t know, they won’t know, so maybe go back to your drawing board before asking them to go back to theirs.

If you are just trying to tick a box, feel superior, troll or hurt them then by all means send a death threat or point at all of them. The only problem with that approach is that it will be forgotten as fast as it is issued, and make just as much difference.