A petition demanding government action against high street lenders has been started by the director of UK credit reference agency LendingMetrics. 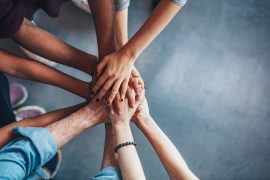 The petition alleges that some clearing banks are systematically discriminating against challenger start-ups by refusing to open business current accounts for them.

Signatories claim there is a growing number of non-mainstream lenders who are being turned down for accounts despite meeting all the usual requirements and not requiring finance.

The petition states that the growing number impacted by this issue suggests that the problem has now reached a stage where it is anti-competitive.

Petitioners want the matter referred to the Competition and Markets Authority (CMA) so that it can investigate whether clearers are using their dominance to prevent competition from those often looking to offer consumers credit in new and innovative ways.

David Wylie, director of LendingMetrics, says: “Without a business bank account it’s very difficult to run any sort of business, let alone a new lender. The big clearers know this and some are cynically stifling competition by turning down account applications from wannabe lenders.

“I have lost count of the number of finance providers who have told me that they are finding it impossible to open bank accounts, which they need to deposit customer money and pay funds out. The banks don’t give any reason why, but it seems awfully convenient for them that they are essentially preventing potential competitors from launching.”

“This is of systemic important to the UK economy. It is restricting new business growth, because you can’t really do much without a clearing account. We would like to establish the principle that, providing you are trading legally and regulated, you have the right to a bank account. It should not be discretionary, it should be a right,” adds Wylie.

Signatories question on what possible grounds the applications are being rejected, when they are from FCA-authorised and comprehensively-regulated entities.

The petition wants the government to make it mandatory for High Street banks to provide basic clearing facilities to any new start-up.