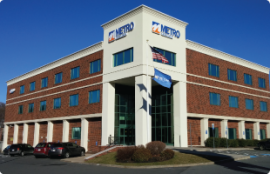 COCC’s hosted core processing platform – Insight – is based on Fiserv’s DNA offering and is aimed at lower-end banks and credit unions in the north east of the US. It has been around since the 1960s and claims to be “the fastest growing financial data processing firm in the US”.

Robert M. Cashman, president and CEO of Metro, explains that COCC’s “strong culture and reputation for excellent customer service” were key reasons for the credit union’s decision. “There is great alignment between the organisations in terms of strategic direction and desire to innovate,” he states.

The credit union is now completing the initial phase of a multi-year project to make “major strategic investments” in its technology infrastructure.

Over 100 Metro employees have so far been involved in the system selection process, choosing a new core system and digital banking systems as well as debit and credit card processing systems. The next phase of the project will involve the participation of every Metro employee as the credit union converts its systems and implements new technologies.

Metro is the largest state-chartered credit union in Massachusetts, with nearly $2.0 billion in assets. It provides a full range of financial products to 210,000+ members and operates a network of 15 branches.