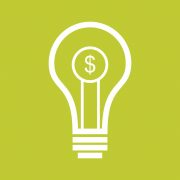 The firm has received a total of €28 million

The firm, which launched in 2011, has received a total of €28 million investment since its inception.

The company has just launched the first hybrid model that combines intelligent algorithms and human coaching to support money decisions.

The firm has more than 2.9 million customers in France, in England, in Spain and in Germany and you make us the leader in Europe.

Bankin’ says it is expanding its tech, marketing and coaching teams with more than 20 new hires by the end of the year, reaching 70 employees.

The firm says its algorithms are able to detect savings opportunities customised for customers.

Joan Burkovic is the firm’s CEO and co-founder at Bankin’. He also co-founded and now leads BridgeAPI.io.