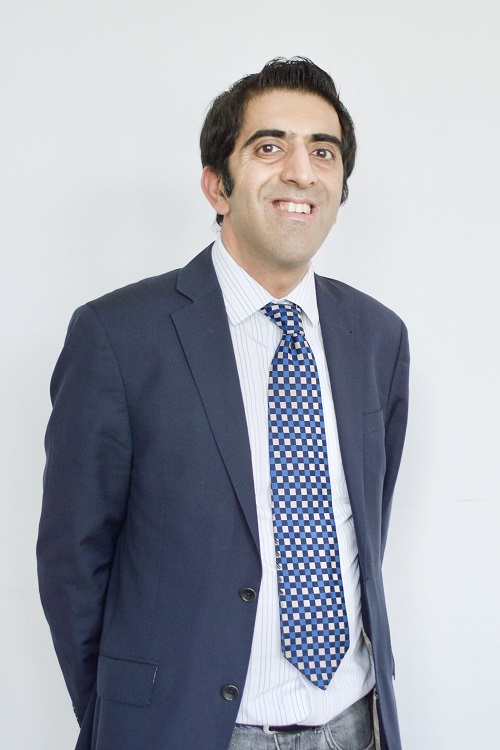 An ambitious vision for raising smallholder farmers in sub-Saharan Africa out of poverty through applying technology and building better finance models is taking shape. Martin Whybrow talks to Hirander Misra, CEO at exchange trading specialist, GMEX Group, about the considerable challenges and opportunities.

Financial inclusion and improved price transparency could make a major difference to the livelihoods of smallholder farmers in sub-Saharan Africa. A project at the Agricultural Commodity Exchange for Africa (ACE) in Malawi shows what can be achieved but bringing the benefits to the wider sub-Saharan Africa involves another level of complexity.

This is the aim of a venture called FinComEco. Set up by exchange trading and post-trade technology specialist, GMEX Group, it is seeking to tackle a number of the systemic productivity challenges that face smallholders in Africa by fostering the growth of a financial and commodities ecosystem.

The challenges should not be under-estimated. For one thing, there are a lot of entities that need to be mobilised, comprising local stake-holders, development organisations, governments, research bodies and the private sector. For another, there is the sheer scale of the task. There are an estimated 700 million unbanked farmers in sub-Saharan Africa and every country has its own structures and complexities.

At the heart of the problem, says GMEX Group CEO, Hirander Misra, is the lack of price transparency for farmers for their produce. Better prices would mean improved income, allowing them to better afford seeds, fertilisers and other “inputs” and opening up credit. 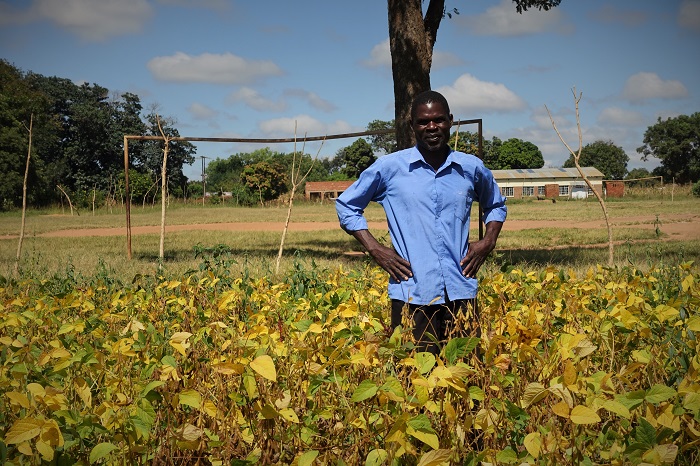 How can technology help? In 2015, GMEX undertook a business and technology study for ACE that led to an electronic trading and warehouse receipt project.

Price information is provided via mobile phones to the farmers or to associations or village chiefs. They can then use that price to directly negotiate with buyers. In addition, ACE organises auctions where buyers advertise what they want to buy and SMS messages are sent out to farmers, who can respond via rural warehouses, agents or directly with ACE if they want to be a part of the auction.

The receipt aspect of the project stems from operators being able to issue warehouse receipts that guarantee quality and quantity. Buyers can purchase these and the receipts can then be used to secure financing from banks.

The solution has had a considerable impact in Malawi, says Misra. Price updates are provided at regular times throughout the day and were accessible in the first year by 47,000 famers. There was an average 31 percent increase in income from the better price transparency and from use of warehouse receipts.

There is still plenty of scope for improvement. In Malawi, the system financed nearly $10 million worth of receipts in the first year but with adequate financing that could have been much higher, says Misra.

Typically, smallholders seek to produce what they need for their own consumption and then sell any excess, which generates income. “It boils down to, how do I feed my family and plan for next year’s harvest,” says Misra. This tends to mean lots of street sellers at particular times during the year with too many of the same produce, such as bananas, trying to eek out a living and with a lot of waste. 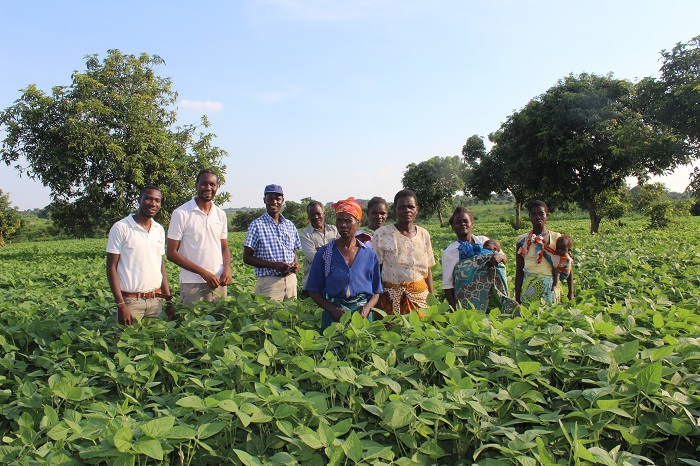 Following on from GMEX’s Malawi project, FinComEco was launched to ultimately create a continent-wide ecosystem that is intended to span spot exchanges, warehouse receipt programmes and core mobile banking platforms while also bringing in partners for finance, inputs, warehouse and logistics to further scale the venture.

Those local warehouses could also be aggregation points for education and other services. Around the warehouses, it is envisaged that other enterprises will arise, so that it isn’t only the raw produce that is exported but also, in time, end products as well – so not only tomatoes but tomato paste, for instance. “This would increase revenues, reduce deficits and mean less reliance on aid,” says Misra.

Another example is cocoa from Cote d’Ivoire, where only the raw material leaves the country. “We’re saying, where the raw material is, economies can only sustain themselves and increase GDP if there is the value-add. It needs manufacturing, to take things to the next level.”

There will be further expansion in Malawi – which provides a good “test bed” for next steps – and on a wider scale across the continent, on a country-by-country basis and with a vision to eventually link the country exchanges to provide a pan-African platform. There would probably be regional integration to start, says Misra, such as for the West Africa Monetary Union.

Most commodity prices are set on the European and US exchanges, which leads to speculative trading. “With viable underlying market data and benchmarks, it should be possible to create futures products based on local indices,” says Misra. The derivatives exchange in Mauritius is an example, he adds.

“We realised that the problem of farmers caught in the lack of transparency trap was common across sub-Saharan Africa,” says Misra. FinComEco has looked at different models already in operation but none seem be ideal, he says, typically lacking volume and with incomplete links to the relevant ecosystems.

The proposed FinComEco solution is not only about technology and logistics, it is also about building trust. “To instill trust, we have to show them early wins,” says Misra. “There is distrust in the ecosystems because there are a lot of bad middlemen, and there have been so many promises, so many pipe-dreams before.” 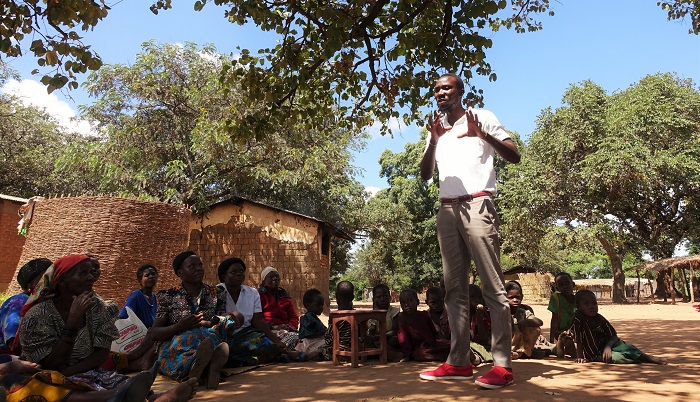 Improving financing – blockchain and beyond

The financing aspect is a crucial one. The experience form Malawi has shown that, even with the collateral from receipts, many local banks are focused on wholesale lending so find it cumbersome to do retail lending. “They price in a way that shows that they don’t really want to do it so you see interest rates of, say, 25-30%, which is obviously uneconomic for the farmers.”

There are discussions with banks, at a local level, with a Memorandum of Understanding for one country, as well as with some that operate in multiple countries. “But to make a more attractive finance model we need to open up new forms of financing”. This has led to FinComEco establishing a 50/50 joint venture called Food Asset Commodities Ecosystem (FACES) Blockchain with UK-listed company Block Commodities. FACES Blockchain has in turn partnered with Swarm Fund to help raise capital using blockchain technology via a cryptocurrency called FarmCoin. This partnership aims to provide a massive influx of capital to help unbanked farmers in Africa.

A token-based ecosystem would enable farmers to deploy the profits from the sale of their surplus crops in the wider economy. The intention is to recruit local vendors and service providers as well as medical and educational institutions to redeem the tokens.

Berlin-based OST can provide the blockchain toolkit to allow any website, app or marketplace to support the branded tokens and integrate them into their businesses. Also in the mix are Wala, a blockchain-powered financial services platform, and Dala, a cryptocurrency token issuer for emerging markets. Blockchain is an enabler, says Misra, but the quality of the data is crucial and there is still the need to link digital money to physical money so that cash can be withdrawn.

Mozambique is one of the next countries in focus. FinComEco will work with existing warehouses and also local solutions, such as one which allows farmers to send bagged commodities to those warehouses via the post office. Zimbabwe is also a focus.

There have been a lot of assessments in the two countries and many of the building blocks are in place. In Zimbabwe, for instance, there is active engagement with the three farmers unions, which help with building trust. In Mozambique, a government-driven country-wide assessment of warehouses, many of which are in disrepair, is useful.

There are also moves to address Africa’s largest commodities market, Nigeria. There are discussions under way but every state has its own government and each has ambitions for its own commodities exchange. In this case, acting as a link into a greater, aggregated marketplace might be the best route, says Misra.

There is also interest from the African Development Bank, which in 2017 released a document entitled ‘Agricultural Market Access Sub-Strategy for Africa: Commodity Exchanges, Warehouse Receipt Systems and New Standards’. As the title suggests, there is plenty of common ground with FinComEco’s vision.

It is clear that the vision is an ambitious one, with many country level challenges as well as the wider ones of technology, logistics and trust. However, the early signs in Malawi are that the model can work and the potential benefits are substantial, raising incomes and improving sustainability, at both an individual smallholder level and at a country by country level.

This article is also featured in the April 2019 issue of the Banking Technology magazine.
Click here (or on the image below) to read the digital edition – it is free!