Facebook will discontinue peer-to-peer (P2P) money transfers via Messenger in the UK and France – the only European countries where it had been introduced – on 15 June this year, Jane Connolly reports. 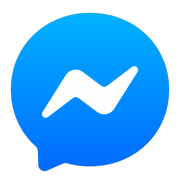 “Users have been notified in preparation for the change”

Users will still be able to make charitable donations through Facebook, but they will no longer be able to exchange money with friends and family. The service will continue in the US.

A spokesperson for Messenger tells TechCrunch: “After evaluating how we give people the best experiences in Messenger, we made the decision to focus our efforts on experiences that people find most useful. Users have been notified in preparation for the change.”

Facebook launched P2P payments in Europe in 2017, in response to a growing global demand for money transfers via mobile handsets.

No reason has been given for the withdrawal. Possible explanations could include a lack of service popularity, or the impending introduction of the Strong Customer Authentication payment directive in Europe this September.

Media reports have suggested that Facebook is working on a cryptocurrency, for which Facebook could become the primary P2P payment mechanism.