Doomsday musings: banking on the verge of a nervous breakdown 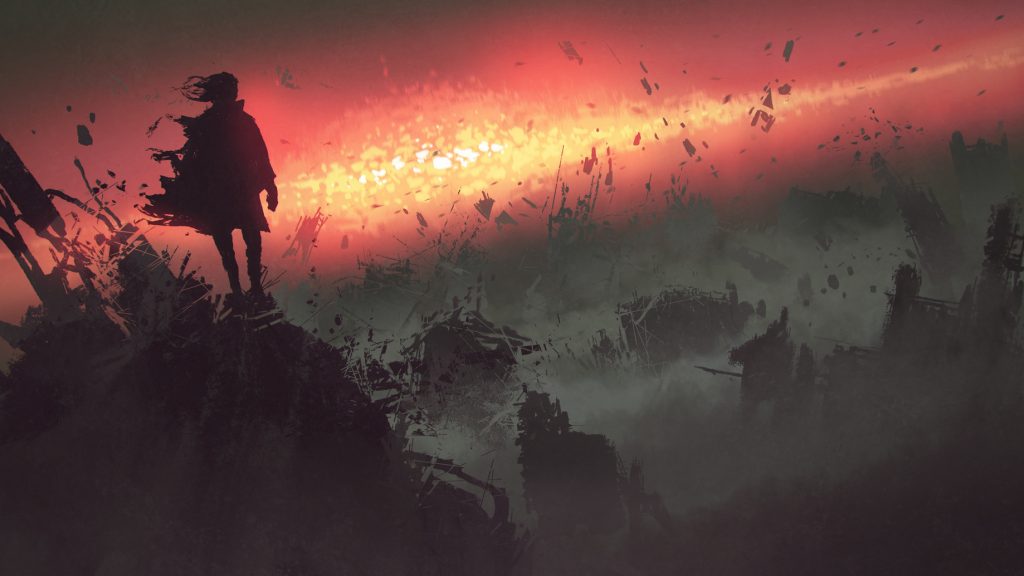 Ten years is a bloody long time to hold your breath.

And the whole banking industry has been holding our collective breath for a bit longer than that. From the heady days when folks put “change is the new normal” on Powerpoint decks and felt truly insightful to today, billions have been spent, a lot has been done, not much has changed. Am I beginning to sound like a broken record? Now project that repetition across a mighty industry and contemplate the waste. All this time and effort and talent and toil. And no real movement forward.

My oh my, the chat has not changed.

The “juicy bits” of the value chain being taken away.

You know the script.

It hasn’t changed one bit in a decade.

And although we have done a lot, tried a lot, spent a lot, we have not achieved a lot.

Yet although the script has not changed, the tone is getting frantic.

Ten years of transformation and not much to show for it.

We are feeling squeezed and exhausted and, in some geographies and verticals, backed up against a wall.

Is this the end of the world as we know it?

Yes in that: that has been the point all along.

New tech and associated regulation have been pointing to a radical overhaul of your business model for a while now.

New ways of making money, new ways of supporting business, new talent, new practices. We knew it’s coming. You resist. I get it. But it’s coming anyway. So yes. It is the end of the world as we know it, in a sense. Hence the doomsday scenarios of zero sum confrontations, bankers looking for the startup that will take them out or save them in a pointless safari that misses both the fact that no single player will emerge as a winner in your place and the fact that no easy solution will spare you and your organisation from having to think long and hard about what value you can bring to the new economy. And after the hard thinking, and some hard decisions, you will have to do the hard work of building for the new future and your new usefulness in it, and no easy “buy that start-up, copy that app” cop-out will save you from the hard graft.

So if having to reflect, decide, commit and deliver is your idea of doomsday then I would say it’s time to lament, it is the end of the world as you know it.

And yet it isn’t.

Nobody has pushed the boat out far enough yet.

Banks still exist. They even stockpiled some resources, doomsday prepper style, and now feel smug with their half-hearted fintech partnerships, apps “powered by” and feature parity with what the cool kids did last, if not what the cool kids will do next.

The new kids on the block even went off and became banks in a not altogether unexpected quest for respectability.

Maybe doomsday is not coming after all. Maybe it will be ok.

The restaurant at the end of the world

I said I didn’t think much would change in 20 years. Because not enough has changed in the past 20 and because the people who have to do the changing are in the driving seat and setting the pace. They grumble and moan. They don’t like it one bit. But they are in control, to a certain extent, and that dictates pace, if not direction.

Folks keep talking about the end of the world coming but, let’s face it, they are doing everything in their power to avoid getting there or at least slow the arrival time right down… maybe till after they retire. Let it be the next guy’s problem.

So what if the world as we know it comes to an end after we are done with it? That’s not so bad.

And if that is not an option, what if the end of the world descends on our own terms?

If you are in charge of how you get there, when you get there and what’s for dinner once you land, is it so bad?

Again. Yes and no.

If you were used to a certain level of power, comfort and profitability, of course this sucks. But in the grand scheme of things, this could be a lot worse, all things considered.

Banks look set to survive quite a lot longer.

Profitability is squished but not eradicated. Banks are still making good money or people wouldn’t be trying to get in on the game.

Some of the work even got exciting. The things that scared the living daylights out of us (Open Banking… DLT…) have turned out to be less of a torrent than we feared. If only we could tune the anxiety down, things wouldn’t be so bad.

Sure, the days of Gordon Gecko are over but hey that’s not news. And, really, good riddance.

It’s not all doom and gloom

Honestly, I kinda like the end of the world idea.

Bear with me here.

The psychotic intensity of the last few years has to go. But to achieve that we, as an industry, have to accept that the world does not owe us a living, that the things we spent a lifetime learning got us here but won’t get us there (wherever “there” is), that the teutonic plates shifting create opportunity for some new folks but also for some of us. We need to accept that the levels of profitability we were used to were awesome but not guaranteed and the party is over. A new party will undoubtedly take place and we may or may not be invited to it and surely that should be a greater focus than being sad the other party came to an end. It had a good run, folks. Let go.

We need to accept that some of the cake will now be eaten by others, systems we laboured over will be grandfathered and stuff we don’t understand will become important.

Accept it and stop fearing it because it’s already happened.

The industry is still here.

The folks we thought would kill us are joining us. Sure, they are changing the game a little more each day but it’s not the end of the world.

It’s just the end of the world as we know it. And I feel fine.