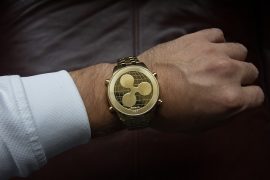 Almost any financial or economic analysis for the UK is framed around how it might be affected by Brexit. The uncertainty over leaving the EU means that not only can industries not put plans in motion for preparing to leave – as the date has changed several times – but there remains uncertainty as to what leaving may look like economically, if any different.

But not all industries are stymied by the Brexit debate. The blockchain industry – made famous by its underlying features of cryptocurrency such as Bitcoin, as well as the nature of the decentralised ledger that is being used to firm up contract agreements and make transfers more secure – seems to be able to solve the problem.

The industry’s growth has certainly led to a lot of interest and investment, especially as people began to realise that blockchain was not synonymous with cryptocurrency, but with a new way of doing things. Indeed, Swift payments overseas are at risk of being replaced by Ripple, which uses blockchain technology and is being looked at by many major banks, including Santander. As such, the industry is seeing a lot of interest from investment, including those with the influence and power to allow the technology to really take off.

It’s not just huge investors that are continuing to show the usefulness of this industry. The ability for the general public to get involved with blockchain through online investment platforms which simplify the process means the industry can continue to grow. Part of the reason that blockchain could grow after Brexit is that the technology could provide logistical ways around the uncertain effects of the changing circumstances that leaving the EU, the customs union, and the single market has caused. 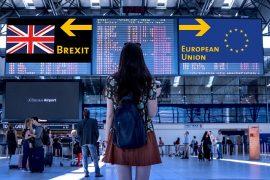 Could blockchain solve the border issue?

The major debate in terms of Brexit is the border issue between Northern Ireland and the Republic of Ireland. A hard border will affect the Good Friday Agreement, will affect businesses operating across the border, and will symbolise a return to The Troubles. Nancy Pelosi, Speaker of the House of Representatives in the US has stated that no deal will be made with the US that affects the Good Friday Agreement, proving how pivotal and important the ratified policy is.

Could blockchain pose a solution to the border issue? The ledger that blockchain is based on acts as an incontrovertible and unchangeable shared source of truth. Some experts in the field suggest that smart contracts could lead to frictionless trade across borders, owing to the speed and security of the data processing of the blockchain ledger. Indeed, Chancellor of the Exchequer Phillip Hammond claimed at the Conservative Party conference that blockchain would be a technology to solve problems for the UK in the future, nodding his hat to the continued investment in it.

Whether or not blockchain could present a solution to the border issue remains to be seen – but the fact that the industry is storming forwards with solutions when the UK government continues to stagnate on the issue shows a huge deal of growth for blockchain.