United Bank for Africa (UBA) has officially been unveiled in the UK as it seeks to tap into the African and European corporate markets. 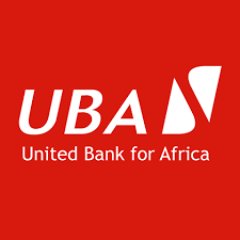 “Lofty aspirations” get a boost

The Nigerian-headquartered bank is in an active mood as this development comes three weeks after its launch in Mali.

Tony Elumelu, UBA’s chairman, says: “With the British and other European governments seeking new and improved measures to grow trade relations with Africa, we are enthusiastic on our positioning and capabilities in supporting corporates and government institutions to fulfil these lofty aspirations, which we believe are pertinent for the sustainable growth of both continents.”

According to the bank, it is the first and only Sub-Saharan African financial institution with banking operations in both the US and UK.

UBA sees itself as a “gateway” for European corporates and institutions to access Africa via its network.

On its website, UBA says it was founded in 1948. Today, UBA has 18 African subsidiaries, contributing about 20% of the group’s balance sheet, with a target of contributing 50%.

FinTech Futures understands that UBA has a mix of systems across its network. For example, it uses the now sunsetted Financial Objects’ IBIS system for corporate banking in the US (the system now resides with Temenos); Oracle’s Flexcube in Chad and Nigeria; and Nucleus Software’s FinnOne for lending in Nigeria.

We have contacted the bank for more details about its latest tech.