OneSavings Bank and Charter Court Financial Services Group in the UK are reportedly in talks about a merger. 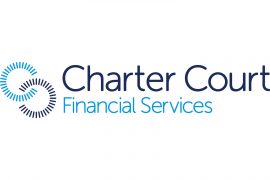 According to Sky News, the talks are now at an advanced stage, with an official announcement in the next few weeks.

However, a Sky News’ source has said the deal could still fall apart.

It is expected that OneSavings, with a market value of just over £900 million, will make an offer for Charter Court, valued at about £730 million.

The deal would be priced based on the prevailing share prices of the two companies during the period leading up to it. If the merger is completed, the value could reach more than £1.6 billion.

OneSavings has its origins in the Kent Reliance Building Society and has been backed by the private equity group JC Flowers. It is run by CEO Andy Golding, who would be the CEO of the newly formed group, if the merger is completed.

Both banks have declined to comment at the time of the writing.

To know more about challenger banks in the UK, check out FinTech Futures’ own comprehensive list.