The Securities and Exchange Commission (SEC) of Thailand, the regulatory watchdog, has greenlighted the country’s first portal for scrutinised initial coin offerings (ICOs). 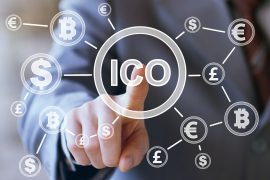 The Bangkok Post reports that the decision needs final approval from other government agencies such as the Ministry of Commerce, according to the SEC’s fintech director, Archari Suppiroj. However, the first ICO will be launched in the near future under the royal decree on digital asset business.

The aim of the portal is to protect investors, which is done by controlling the ICOs and auditing their smart contracts. It also has the objective of avoiding financial crime by enhancing its know-your-customer (KYC) processes.

Suppiroj says that seven or eight firms had put themselves forward to operate the portal, but that an anonymous foreign signature was selected.

He clarified that the sales of security tokens (STOs) would be regulated separately under the Securities and Exchange Law and holders would have to apply for a licence.

However, according to Suppiroj, the SEC also plans to issue regulations that allow the anonymous firm to tokenise securities and other assets.

Last month, Thailand’s National Legislative Assembly approved an amendment to the Securities and Exchange Act legalising the issuance of tokenised securities such as stocks and bonds from entities other than the Thailand Securities Depository.

Also last month, the SEC banned the use of several cryptocurrencies in ICOs and as a basis in trading pairs.

In July 2018, the commission established that only Thailand’s national currency, the baht and seven cryptocurrencies could be used to invest in ICOs. These didn’t include Bitcoin Cash, Ethereum Classic and Litecoin.