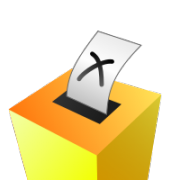 Swift will conduct the PoC in the Asia Pacific region, with securities software provider SLIB and the Singapore Exchange (SGX), along with Deutsche Bank, DBS, HSBC and Standard Chartered.

The PoC will explore whether DLT can help simplify the currently inefficient management of shareholder meetings and the associated voting processes that are often time-consuming and resource intensive.

Jyi-chen Chueh, executive director and head, custody services, Standard Chartered, adds: “Proxy voting remains today an untapped area for asset servicing automation, with many paper-based processes. The co-design of an e-voting market utility which combines blockchain technology with ISO standards could pave the way for game-changing benefits for both the investor and issuer communities.”

According to Swift, proxy voting in particular often results in avoidable complexity and errors that could be eliminated through greater transparency and automation.

Swift will facilitate the PoC in its DLT sandbox testing environment with Deutsche Bank, HSBC and Standard Chartered joining as participants, while DBS and SGX join as both participants and issuers.

The participants will reuse the Swift network and their existing Swift infrastructure and interfaces to access, test and validate the applicability of DLT.

The PoC is also designed to demonstrate the viability of hybrid solutions based on ISO 20022, combining messaging and DLT to foster interoperability and avoid market fragmentation.

It will also test Swift’s capacity to host third-party applications in its sandbox and reuse its security and interface stack.