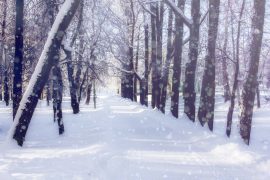 These days work takes me to Oslo a lot.

You will be delighted to hear, this Greek is coping with the cold better than expected (the cinnamon buns can take your mind off most things, trust me) and I now have my routes (you know, airport to the office with my eyes closed and whatnot) and familiarity is setting in. And familiarity is a wonderful thing. Not the type that breeds contempt. That is, literally, no use to me whatsoever. But the type that allows your brain to idle, the habit-forming type, the type that doesn’t trigger your “fight, flight or get terribly lost” instincts because it signals reliable patterns.

What does it matter if there is a faster way to the office?

Isn’t it blissful that your feet carry you there while your brain is otherwise engaged? It could be drafting a tricky business email, messaging the partner you left still sleeping at home or trying to think of an original birthday present for your difficult younger sibling. Does it matter?

Familiarity means that the extra brain-time is yours.

But the upside of not questioning the familiar, stays with your bank.

You know where I am going with this.

Chances are your mobile banking interface is a shrunken-down version of the web version which is an on-the-glass version of paper statements and manual processes which in turn reflect the sequence in which ledgers were updated and long-form calculations carried out before computers were invented.

The distance between the counting house and banking apps is shorter and less creative than you think. But you don’t question it.

The trope is familiar. You know your way around your bank’s foibles.

You know you can’t set up a foreign payee on the app but you can on the website. You don’t know why, but no matter, you know what to do and you waste no time when it gets to doing it. You have a life to live and sometimes knowing the way is more important than the way making sense.

Skis in the office. Of course skis.

So back to Oslo, and, as I am walking to a meeting, I see three people, not even together, crossing the office cafeteria carrying skis.

Because it is Oslo and they can get the tube to a ski slope. They are probably skiing home for all I know. Isn’t that what happens in cold climates? (I have no idea). What I know is that skis in the office can be normal in Norway. They are just not normal to me. The problem is, the banking version of this conversation is that the likes of me design what is available to folks in Norway.

And nobody seems to recall it’s ok to question it.

Forget the skis for a minute.

Think about your bank.

Have you ever wondered why you can’t set up a new foreign payee on the app?

Why you pay for SME banking but not retail banking although it looks the same?

Why your banking service doesn’t know you better?

Why your SME bank account doesn’t organise information around your balance sheet? Why your current account isn’t designed to help you control your money better?

The answer is skis.

You live near the mountain in a snowy place. You can totally ski after work.

But the person who got to decide what your banking service looks like doesn’t live there and doesn’t like sports. Tough luck.

Only hundreds of millions of users don’t even know they are allowed skis in the office. Or whatever the equivalent is.

While I was busy working through the implications of skis in the office, for fintech – I remain, so much fun – and contemplating the deliciousness of unexpected visual cues that make you go “say what” and then once you digest what you are looking at you go “well of course. OF COURSE”. Skis in the office. Of course skis in the office.

That’s good UX, that is.

Not skis in the office.

But that thing you never had before and now it is available you are wondering how you ever lived without it.

You didn’t expect it because nobody had put it there before but now you’ve seen it, of course, how on earth had you not thought about it before?

And the opposite of that?

Same day, shortly after the ski incident, I saw a man running down a very snowy train platform (I am Greek, “very snowy” is a metric where I come from) holding a banana. Unlike skis, bananas are ubiquitous and I am totally au fait with seeing them around the office. But I shouldn’t be. A banana in Oslo is as far away from its natural habitat as anything can be and the fact that it looks more normal than skis to me says more about my conditioning than it does about the usefulness or relevance of what we are used to seeing and therefore expect to see.

That’s totally something that shouldn’t be there. And yet. It is.

See where I am going with this?

We are conditioned to expect some slightly esoteric things (read revolving credit instead of banana) but were never told that making the most of what is available is both an excellent idea and a fair expectation (replace “the thing you actually need to do” – pay an invoice after you got paid by your customers – for “the way your bank does things” – settle transactions at close of play and update balances accordingly).

So you are used to seeing bananas and not skis around the office although bananas are not endemic where you work and actually a ski slope could, conceivably, be reached within a short drive from the office (work with me here). The fact that the human mind finds it so easy to accept the unusual, if you see it often enough, and not miss the obvious if it is never offered, is why banking has been so stale, self-referential and obtuse for so long.

Because you got used to it and didn’t occur to you it could be different.

The skis in the office unexpected.

And your entire interaction with the banking ecosystem – retail, business and institutional – about habit rather than need. About what is familiar rather than what’s either possible or, shock horror, actually what you need and want.

Generations of doing things a certain way have created a pliable user base that knows no better, expects no better and therefore demands no better. Plus familiarity is comforting, meanwhile the providers of services count on this familiarity to treat us as cherished lemmings. Who will know no better and ask for no better.

We are used to not being wooed by our bank. We expect to be expected to do what is expected. The bank treated like some Kafkaesque purveyor of obscure authority we wish we could but can’t live without.

We accept what tends to be there and forget to ask for what ought to be there.

Because as customers we are used to not being made arbiters of what needs to be provided.

We just consume the same banking service the same way we had when paper and an abacus represented the height of tech.

Where are we going wrong?

Banks tell us they are all about user centric design these days.

They have folks who go to IDEO seminars and wear jeans to work. They spend billions on innovation and their customers at best haven’t noticed. At worst, we are trying to figure out how to use unnecessary new features while never wondering why the thing we actually need is never on any product backlog.

Good UX is like a joke. If you have to explain it, it ain’t that good.

So, “big bank that still doesn’t get it and little bank that thinks you can get away with it”, go find your UX team. And apologise.

For hiring them to torture them. For only listening if they talk to you about bananas, never skis.

For letting their team report into someone who has been looking the other way half the time. Fire that guy. And then send the UX team on holiday. Not just as a consolation prize. Though that too. But because you need to keep your brain sharp and your senses keen to not get sucked into the familiar. You need to keep looking at and for the unexpected so that, when you come to work, you can find the underserved and the painfully obvious and yet unseen.
The banking equivalent of skis in the office in Oslo.

I don’t know how these guys do it.

I know that when they do it, it delights. Because it latches onto the job you need done, as a customer, and not the thing the bank does or the thing your ancestor twice removed thought was good enough.

It’s modern day magic and I will take it as such.

And if you have those wizards in the building and don’t listen to them, you have but a short window before they walk out.

Because even people like me have started to notice. People like me. Creatures of habit lacking in creativity but endowed with a keen appreciation of the scent of possibility. So when people like me start to notice, then the tide has turned. And if you are still not listening to your UXers they will walk. Now that some of us are finally listening.

We now know we have to look for the skis or find people who know how to work out what the equivalent is, that thing that is only obvious when done right. And we have finally learned that we must remember to remember bananas weren’t even meant to be here. And neither were we, as bankers.

Cashing in on familiarity was a good lark while it lasted.

And about time too.