Rewire, the fintech that developed a banking platform for migrants, has completed a Series A investment round of $12 million. 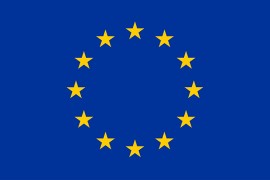 Rewire provides an international banking platform for migrants who transfer most of their income to their countries of origin.

Customers are issued a debit card by Rewire and can transfer funds home easily through Rewire’s partnerships with banks in migrants’ countries of origin.

Part of the funding will be earmarked for global expansion and penetration into additional European markets, complementing existing operations already implemented in Germany and Italy, where a high concentration of migrants resides.

Additionally, funding will be allocated towards expanding partnerships with local banks in origin countries such as the Philippines, India and Thailand.

“We have seen a surge in global migration in recent years and identified an opportunity where Rewire can provide an efficient, transparent and affordable international banking platform for migrants which have previously been disadvantaged by banking systems,” says Guy Kashtan, CEO.

With this new round of investment, Professor Dani Tzidon, co-founder and partner of Viola Fintech Fund and former deputy CEO of Bank Leumi, has joined the board and will serve together with board members.

In support of their European operations, Rewire recently opened offices in Amsterdam. Rewire currently employs community managers representing migrants in Europe and is expected to grow their staff by 40% in the next year with a focus on expanding the R&D team.