Nationwide has invested £15 million in 10x Future Technologies as part of a Series B funding round, giving it a minority shareholding. 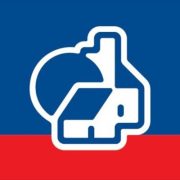 Last year, Nationwide announced that it would launch a business current account targeting the UK’s 5.7 million SMEs. This partnership hopes to help build the new digital platform for this account.

According to Nationwide, the investment aims to deliver “game-changing” customer service on the high street, and for mobile and online.

It’s worth noting that over the last decade Nationwide went through a lengthy and costly core banking technology overhaul with SAP.

Antony Jenkins, co-founder and executive chairman of 10x Future Technologies, says: “Our digital delivery team looks forward to supporting the society in setting new standards in business banking – just as good digitally as it is in branch.”

Nationwide has been working with 10x since last summer to test its thinking around the account and to scope the requirements for delivery. It aims to deliver the digital platform towards the end of the year.

According to industry rumours, Nationwide could receive £50 million funding from the Capability and Innovation Fund, after the first three big grants have been already granted.

The deal with Nationwide is good news for 10x since it lost a deal with Virgin Money last year as a result of CYBG’s takeover of the financial institution.