Korapay is a new cross-border payments service in the US, aimed at connecting Nigerian migrants with their relatives back home. 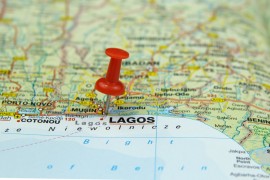 The cross-border service says it “has a record transaction delivery time of about 60 minutes”, and that anyone in these states can send money directly to any naira bank account in Nigeria.

It also claims to offer rates up to six times cheaper than other similar services.

Expansion is looming just over the horizon, as it has been announced that others states in the US, Canada, the United Kingdom, and Europe will be opened in the coming weeks.

“At Korapay, we believe that Africa is the new frontier of financial opportunity,” the firm says. “Our mission is to serve all of Africa via one single API. Through doing this we aim to create a seamless connection between Africa and global the financial system.”

Korapay is based in Lagos, Nigeria, and is led and was found by Dickson Nsofor, CEO.