French fintech PayTrip is launching its prepaid card in France and Belgium to address the limitations of sending money to relatives abroad, reports Jane Connolly. 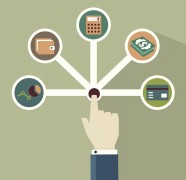 Earlier this year, PayTrip raised €1 million from private investors and banks, including Bpifrance

Bennaceur Kasbi developed the idea behind the PayTrip prepaid card. The concept was born while Kasbi, an engineer, was living in Versailles and sending money home to his parents in Casablanca.

Hidden costs, commissions and a lack of security prompted him to imagine a better, more transparent solution based on prepaid bank cards.

He claims that using PayTrip will simplify the process and reduce the timeframe from a few days to a few minutes – which will benefit people who want to support their family during a difficult time or send money home regularly.

Earlier this year, PayTrip raised €1 million from private investors and banks, including Bpifrance, and has now launched in France and Belgium. PayTrip is an integrated solution consisting of a platform, a bank account and Mastercard international payment cards, with funds guaranteed by Barclays.

“The market for personal money transfers from France to Africa is estimated to be between €7 billion and €10 billion per year,” Bennaceur says.

The subscription-based model, starting at €3.49 per month, is open for two types of customers: European residents of African descent and families who want to make money available to their children without opening an account.

A second fundraising round is already under consideration.