Four digital and traditional trends in banking in 2019 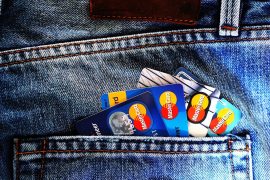 Almost every advancement forward in the banking industry today is technology-based, from new ways of conducting digital payments to disseminating key messaging through social media and even allowing investment for new-fangled industries, including ones grounded in blockchain technology.

Most analyses of banking trends do focus on what technology will bring to the banking industry throughout 2019. But there are still some tried-and-tested methods that will remain ingrained for years to come. While we can’t avoid the push that technology allows us to move forwards, we also mustn’t discount something because it doesn’t fall strictly into our pro-technology bubble.

So, here are banking trends for 2019 that encompass both the strides in technology and the necessary keeping with traditional methods of conducting banking business.

One of the biggest coups of technology – the ability to use data and the internet of things (IoT) to make life simpler and easier for us – also happens to be one of its biggest lessons. Data in banking can be a godsend but it can also be used in a pernicious way, so 2019 will see customers taking control of their own data like never before. The EU saw the GDPR legislation come into effect in 2018, which has increased the onus for consent for both parties. The application interfaces that most large banks will be using by the end of the year will allow for customers to choose which third parties have access to their data and how this data is used. This means that customers may also be given more of a personalised experience with their banking provider.

A huge push will also be seen to increase the personalisation of the banking experience that places a human face on the bank. This will utilise some of the more traditional models of customer service to make going to the bank a pleasant experience and one that hinges on human to human interaction. This also means that human to human networking will be how banks work in both B2B and B2C settings. As the principle of reciprocity shows us when it comes to sales literature, people respond better to being offered something, which can be done through sales literature.

Online deals and social media is one way, but dealing with customers on a personal level is always more likely to result in a conversion. Going back to traditional methods of selling will see a rise in 2019. 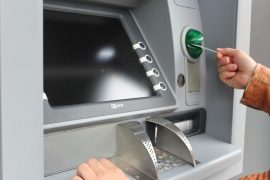 One of the main competition points in banking is how different banks can offer faster payments and a diverse range of digital payment methods. Some banks are even taking blockchain inspiration and using cryptocurrency Ripple instead of the existing Swift payments for overseas banking.

Some larger banks are already implementing RTP (real-time payments), which will benefit the changing workforce that would benefit from being able to move money about quicker and easier. The extent of international trade done on a personal level also benefits from faster payments and payments that are cheaper. If the technology exists for multinationals, why shouldn’t it also exist for smaller corporations and personal sellers? Indeed, the UK has already abolished customer charges to using card machines, showing a step towards making moving money around more appealing.

Digital only banks will rise

Despite the push for human interaction, there will also be an increase in digital-only banks. Some argue that digital only banks protect customers from theft and the two-factor authentication, encryption and fraud detection available will see these digital banks being preferential. Indeed, some bricks and mortar banks are slow to uptake the digital security procedures which are second nature to their digital equivalents.

Digital banking’s biggest draw is the immediacy that comes with transactions and customer queries. The younger generation, who are used to doing things quickly and experts at technology often prefer the digital-only banks and other services, such as Monzo. The digital nature gives connotations of being safer and more secure than physical banks, that many see are open to more crime at more levels than banks that don’t even really exist.

Banking trends are often dictated equally by the level of technology available to the industry and what the customers are asking for when it comes to their banking services. While we will see an increased reliance on data, we will also see banks attempt to show their human sides. Brands going into 2019 will make a determined effort to differentiate themselves and their services in a more human way, while also relying on the advances that technology allows to make their function as a financial intermediary faster and cheaper. Ultimately, the banking landscape is dictated by the technological outlook and how each bank can harness the move to digital while remaining human too.