First Direct has launched a new co-creation lab within its app, giving users the opportunity to test new ideas and offer direct feedback to the bank, reports Jane Connolly. 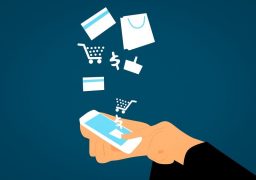 First Direct gets users’ feedback in its new marketplace model

Under the new ‘fdesign mobile’ approach, ‘fdesigners’ will see updates on the development of new products and services, by helping to test out prototypes and projects. Customers who want to take part can register on the homepage to access the fdesign mobile area of the app.

Joe Gordon, head of First Direct, says: “fdesign Mobile helps us to put more products and services through their paces, faster, working out niggles and helping us create a truly modern and open banking service that’s right for now and the future.”

Fdesign initially launched in 2016 so the bank could work with customers to develop improvements to the website.

Following the launch in January of fdpay, a secure peer-to-peer payment system within social media apps, First Direct announced it would be bringing a new banking model to market later this year.

The model will see First Direct integrating financial management tools and third-party products and services from across the market into its app, becoming a marketplace.