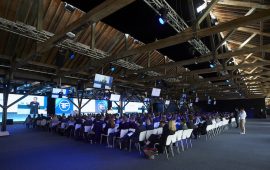 Finovate’s 2019 calendar kicked off in London with FinovateEurope on 12-15 February and we’re already learning a lot about how 2019 will unfold in the world of fintech.

I’d encourage you to take a look at all of the demo videos from the show (64 companies did live demos of their latest tech, and you can see all of them at the Finovate site), but for me the biggest takeaway didn’t come from any specific company. It came from the variety among our group of demoers, and simply put it’s this: fintech is currently in an exciting creative phase.

I’m going to come back to what I mean by “creative phase” in a moment, but before I get there, let’s zoom out a little bit for some context. In my time at Finovate, fintech as an industry has tended to follow some identifiable and somewhat predictable patterns. Broadly speaking, there are three big things that tend to “steer” innovators:

Advancements in general technology create opportunities for fintech innovators. As an example, think of the facial-recognition technology you see in the market today – that’s only possible because smartphone camera technology has advanced to a certain point.

Advancements in things like smartphones or smart watches give innovators new tools to play with, and software advancements can have a similar effect too.

As I wrote in my previous column, a problem is just an invitation to innovate. These tend to primarily come from new regulations like PSD2, or a common problem that is shared by many financial institutions, like onboarding customers more quickly or engaging more intelligently with diverse demographic groups.

Or to think of it another way, this is the tech that everyone knows financial institutions will be willing to pay for.

There are holes in the current offerings of traditional finance institutions, and tech innovators frequently target those inefficiencies to carve out a niche for themselves.

Robo-advisors, alternative payments providers, and digital-only banks all took advantage of large inefficiencies in traditional finance to create products that serve a previously underserved market. As those markets begin to be served, the opportunity diminishes, and so does the number of companies innovating in that particular space. 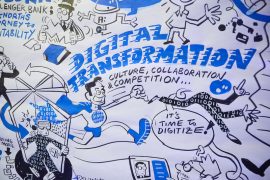 At Finovate, we can see what is steering the industry by analysing the number of presenter applications we get from companies who are all working on a similar topic.

In 2016, for example, we saw quite a few companies working on PSD2 compliance pieces, since that was a relatively new pain point for the industry.

In 2013 and 2014, we saw a large number of competing biometric authentication plays, as smartphone technology advanced enough to allow for fingerprint scanning, eye scanning, voice analyzing, and more.

And last year at FinovateEurope 2018, we saw a real concentration of solutions around customer onboarding and user experience – obviously that was a major pain point for financial institutions, and the industry was responding accordingly. Any of those three big catalysts can hang a target up for innovators to hit, and those targets shape the industry.

Here’s where it gets interesting for FinovateEurope 2019. For the most part, the 64 demoing companies were extremely diverse. Attendees looking to put presenters into clearly-defined “buckets” struggled to do so, and we also saw an incredibly varied group of Best of Show winners (which is 100% decided by audience voting).

There were eight Best of Show winners this time around, and all eight of them were working on something unique that didn’t really overlap with any of the other winners. That’s almost unheard of. 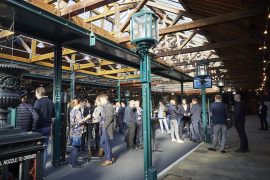 Based on the diversity we saw at every step of the process, from applications all the way through to passing out the Best of Show trophies, it’s apparent that there isn’t a clear mandate right now for innovators. There isn’t a singular problem that everyone is trying to solve, or a clear opportunity that everyone is rushing for. Instead, innovators are making their own bets, pushing their technology as far forward as they can and trying to explore new ground.

Before the naysayers jump in, of course there are new hardware/software capabilities to play with, and of course the financial industry has problems to sort out and opportunities that aren’t being fully taken advantage of yet.

It’s difficult to imagine a world in which there wouldn’t be anything you could point to on those fronts. We did see clusters around identify verification and document verification, for example, and artificial intelligence continues to underpin a large number of the solutions that we’re seeing. Some clustering will likely always exist, but right now they’re not as pronounced as they have been in years past.

The absence of a clear mandate in a creative phase gives innovators get the flexibility to focus more on what they can do as opposed to what they need to do. That’s always fun (particularly if, like me, you have a front row seat to watch), but it’s not a time to get comfortable.

Companies and financial institutions that use these windows well can set themselves up for success and protect against future dangers. 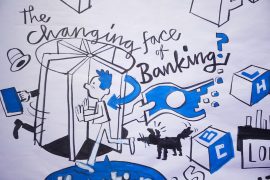 If you’re a fintech innovator, this is a great time to give your dev team a little bit of freedom to explore. They may not come up with anything that leads to massive unforeseen piles of revenue, but even if they don’t, getting them thinking creatively can strengthen your core solutions.

Take the example of ebankIT, whose Best of Show winning 2015 FinovateEurope demo included pieces on laptop, mobile, smart watch, and even the much-maligned Google Glass. Banking by Google Glass (obviously) never ended up catching on, but the fact that they let their team explore that solution put them in a very strong position when it came to executing on the cross-channel banking solutions that financial institutions did want.

If you’re a banker, this is a great time to take a step back from your day-to-day and think bigger picture about where you’re going in the next three to five years, and keep an open mind about how you might be able to get there. It’s also a good time to make a specific ask of a current or future service provider. Hang your own target up there for innovators to hit, and see who can get the closest to it.

No matter who you are, make sure you appreciate the diversity and the creativity that’s unfolding at the moment. And keep your eyes peeled for what might be the next big thing!