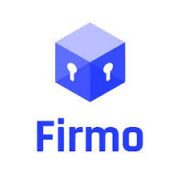 Firmo allows the tokens to be run on any blockchain

The terms of the deal, which marks eToro’s first acquisition, were not disclosed.

With today’s purchase, eToro aims to grow tokenised financial assets on its platform. To facilitate that growth, the Israel-based company is specifically interested in bringing on Firmo’s research and development team.

“This acquisition,” eToro CEO Yoni Assia told Bloomberg, “will help boost our growth in the future tokenized economy. We aim to be active players in blockchain consolidation.” And eToro may be ahead of the curve on this one– according to Bloomberg, tokenised assets will play a huge role in 2019 as investors seek to convert assets such as property and stocks into tradable digital assets.

Founded in 2017, Firmo offers a programming language called FirmoLang that runs on a sidechain. Exchanges can leverage FirmoLang to create financial instruments such as P2P lending platforms or cryptocurrency derivatives with tokens. And Firmo is versatile, allowing the tokens to be run on any blockchain.

Originally known for being a social trading platform, the company began bitcoin trading in 2013 via CFDs and in 2017 allowed clients to trade and invest in Ethereum, XRP, Litecoin, and other cryptocurrencies. eToro has raised $223 million since it was founded in 2007.