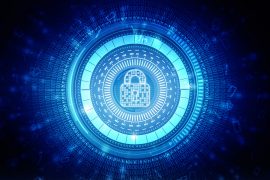 There is enormous potential for the eCurrency technology and CBDC

eCurrency is based in Dublin, Ireland. It aims to enable central banks to securely and efficiently issue digital fiat currency to operate alongside traditional notes and coins.

The company consulted with over 30 central banks in designing its secure digital fiat currency solution and is currently engaged with central banks around the globe in testing, piloting and deployment planning.

“With nCipher, financial organisations like eCurrency can provide the security required for central banks to evolve their national currencies efficiently and confidently,” says Cindy Provin, CEO, nCipher Security. “In offering solutions that deliver trust, integrity and control to business critical applications, nCipher enables organisations in all industries to stave off data security threats and focus on their number one priority: customers.”

The firm says that, considering there are more than $5 trillion in banknotes and coins in circulation worldwide, it believes there is enormous potential for the eCurrency technology and CBDC, which is the digital form of that fiat currency.

But the potential also comes with major risks, as any form of security breach or compromise to CBDC will have massive global consequences.

Using hardware-based cryptography across the entire eCurrency infrastructure is key to the company’s security strategy, it says.