Bulgaria’s Municipal Bank gets core and payments tech from Oracle

EXCLUSIVE. Bulgaria’s Municipal Bank is understood to be implementing a suite of new Oracle FSS software. 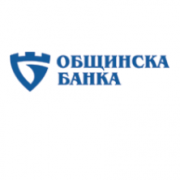 These include Oracle Flexcube Universal Banking for core banking and Oracle Banking Payments.

It is understood the new tech will replace CSoft’s VCSBank, which has been in place since the mid-2000s. The supplier still lists the bank as a client.

Oracle FSS says “a major bank in Bulgaria” has chosen to implement these solutions in its Q1 2019 financial results report, although the name wasn’t revealed.

Neither the bank nor Oracle FSS have replied to our comment requests at the time of the writing.

Among its clients, it has Bulgarian Development Bank, EuroBank Bulgaria, and Corporate Commercial Bank, among others.

Also, Tamvil LLC, a microfinance institution in Tajikistan, is understood to have recently signed for Flexcube. Meanwhile, another MFI in the country, Finca Impact Finance Tajikistan is looking to replace Flexcube with another core banking system and is currently is search mode.

In another exclusive on 13 March, Iraq’s Rafidain Bank is planning to revamp its tech with Oracle.