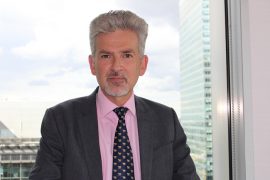 James Buckley, Infosys: the window of opportunity for legacy banks is closing

The need for a digital transformation of the banking industry has been obvious for years and the window of opportunity is about to close, says James Buckley, VP and European Director of Infosys Finacle.

In recent years banks have looked on uneasily as the new class of fintech-empowered alternative service providers have moved onto their field. The industry’s inability to respond is largely due to legacy IT systems that often go back to the seventies and have been built on over the years rather than replaced.

By contrast, the newcomers are highly digitised and automated, with software that enables them to innovate new products and services. For instance, the software renewal cycles of tech giants such as China’s Alibaba are typically no more than three to seven years.

Banks have dabbled with the new technology but have been reluctant to accept the need for fundamental change. The failure of a key technology initiative can prove lethal for the career prospects of senior executives. This partially explains the behavioural inertia at traditional incumbent banks.

There seems to be a sense of complacency that despite their shrinking presence in the high street, incumbent banks still have massive market penetration and brand recognition. Agile start-ups in the lending space, such as Funding Circle and Zopa, have begun garnering attention, recognition, and revenue from both business and general public, but achieving critical mass isn’t likely just yet.

Even the threat of the four horsemen of GAFA – Google, Amazon, Facebook and Apple – setting their sights on the banking industry hasn’t resulted in substantial action on the part of incumbent banks. However, the launch of Marcus savings account by Goldman Sachs (already well-established in the US) last September, should dispel any lingering complacency. While newly-launched competitors have helped themselves to crumbs off the table of big banks, Marcus threatens to steal their lunch, or at least the choicest bits, by luring the most affluent customers.

A glimpse of the future

Banks have been slow to recognise the potential for new products and services offered by open banking and application programming interface (API) propositions.

Robotic and artificial intelligence (AI) powered providers are empowering both consumers and businesses. Algorithmic assessments that offer customers the best available deals are set to grow steadily and become rather table stakes within five years or less. Corporate and commercial markets are already witnessing an upward trend as supply chains, payments and the ability to aggregate data put pressure on incumbent banks to enhance investments and make fundamental changes.

A classic example of what the not-too-distant future may look like comes from India, a market where payment services and account access have opened the floodgates to customer-centric innovation. Fintech disruptors such as e-commerce payment provider and digital wallet Paytm offer merchants and customers across the country a comprehensive range of services.

Open API-led growth of RBL Bank, a scheduled commercial bank focused on the country’s manufacturing sector, best illustrates the revitalisation of innovation in the Indian banking sector. The bank has unlocked significant upside potential from the emerging API-led business model while establishing itself as the bank of choice for fintechs.

Banking innovation hasn’t been equally noteworthy in the west. The low-to-negative interest rates in the post-crisis decade haven’t done much to offset the lack of innovation. Banks have cut costs sharply, become leaner and more profitable but IT departments have had to bear much of the brunt.

Worryingly, languishing interest rates likely to continue for several years to come, may further delay considerable action from traditional incumbent banks. Yet act they must.

Time is not on their side. The tech deficit of the incumbents may soon balloon to unsustainable levels that inspire regulatory action to arrest systemic risk. But their ability to compete is in danger of eroding completely even sooner.