Validus Capital, a Singapore-based SME financing platform, has raised SGD 20.5 million ($15.2 million) in a Series B funding round, led by FMO, a Dutch public-private development bank. 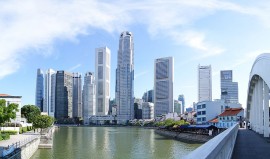 Validus will seek to expand beyond Singapore to Indonesia and Vietnam

FMO’s investment in Validus is its first fintech one in Southeast Asia.

It obtained its Capital Markets Services (CMS) licence from the Monetary Authority of Singapore (MAS) in December 2017. Since then, Validus says it has topped SGD 180 million ($133 million) in business funding.

The money will also fund its Southeast Asia expansion, starting with Indonesia in Q2 2019.

Ajit Raikar, chief executive officer and co-founder, Validus Capital, says: “Southeast Asia is one of the fastest growing economic regions globally, where there is a clear need for alternative financing platforms such as Validus to complement the traditional banking and financial infrastructures.”

According to Deloitte, SMEs contribute around 40% of Southeast Asia’s gross domestic product (GDP) and employ 70% of the region’s workforce. McKinsey Global Institute reported that 39 million Southeast Asian SMEs (or 51%) lack access to credit. Per EY, around 68% of the region’s SMEs are receptive to tapping into alternative financing options.

Over the past year, Validus introduced two new products: Working Capital Financing and Purchase Order Financing. It experienced exponential growth in terms of loans where almost 2,000 loans were disbursed in 2018, representing a 260% increase year-on-year while disbursement volume increased 350% year-on-year.

FMO has over 300 investments in banking and financial services institutions (BFSIs).