UPDATE. Since the writing of the story below, UBS has been declared guilty of illicit solicitation and laundering of the proceeds of tax fraud and a penalty of €3.7 billion and €15 million respectively and civil damages of €800 million.

The bank has released a statement, in which it says: “The conviction is not supported by any concrete evidence, but instead is based on the unfounded allegations of former employees who were not even heard at the trial. No evidence was provided that any French client was solicited on French soil by a UBS AG client advisor to open an account in Switzerland. As no offence in France was established, the decision effectively applies French law in Switzerland. This undermines the sovereignty of Swiss law and poses significant questions of territoriality.”

“The charges of laundering the proceeds of tax fraud are without merit, as the predicate offence of an original tax fraud of French tax payers was not proven. UBS respected and followed its obligations under Swiss and French law as well as the European Tax Savings directive.”

The bank has said it will appeal the decision.

A Paris court will make a decision on whether UBS helped French clients hide billions of Euros from French tax authorities. 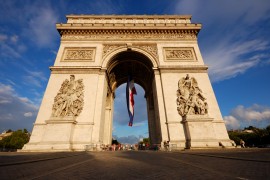 No triumph for tax dodgers

If found guilty, charges could see the bank face penalties of up to €5.3 billion, according to Yahoo News.

The bank has tried to scramble for a settlement to avoid the potentially embarrassing court showdown, unsuccessfully.

This takes place as institutions across Europe, including Switzerland, crack down on tax evasion by making efforts to share more client account information with each other.

French authorities estimate that more than €10 billion was kept hidden from tax officials through UBS.

The National Financial Prosecutor’s office is seeking a €3.7 billion fine, as the bank and its directors “were perfectly aware that they were breaking French law”. It also wants a €15 million fine from UBS’s French subsidiary, and fines of up to €500,000 for six top executives.

In addition, lawyers for the French state, which is a plaintiff in the case, asked for €1.6 billion in damages.

UBS, which was ordered to post €1.1 billion in bail, has denied the charges and said its operations complied with Swiss law.

UBS is accused of organising or inviting prospective clients to prestigious outings such as the French Open or luxury hunting retreats, where bankers would meet their “prospects” – something illegal in France.

The investigators claim that this is proof that UBS had a parallel accounting system for keeping the transfers off its books.

In November UBS was again sued by US authorities, who accuse the bank of misleading investors over the sale of mortgage-backed securities in 2006 and 2007, just before the financial crisis struck.