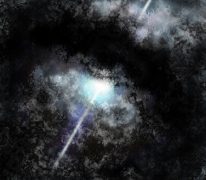 To go boldly forth

Even when I sat in an innovation function, even when I was busy building a lab and department, the process and “capability”, and had my organisation’s full support in doing so, I would caution partners and vendors (start-ups and challengers, designers and researchers) against talking to Innovation.

Ironically, even though every innovation function was set up to deal with the world, that big scary place of rapid change and mercurial impressions, our job is always internal. We were paid to learn, sure. But the main function was to explain.
We were paid to represent, sure. But for every panel showing off our bank’s latest digital riches, there were a thousand internal meetings, each a battle, representing the world. Progress. Change. Tech. Hope. For every time we represented the bank’s “cool factor” to the world, we represented the world to the bank.

And not all those sessions were equally friendly.

We were paid to find a way into a contentious future that costs and hurts as little as possible. And then we were held responsible for the cost and the hurt of each option, as if both the changing world and the banks’ appetite to still thrive in it were our petulant fault and doing.

It’s a thankless task. And yet people do it. And those who do it well, actually find a way. They don’t always sit in innovation, in fact, increasingly they don’t. But they are the same folks. Small teams with diverse skills and insane focus. Teams hell bent into getting things done, making things better.
And across those teams, there are traits in common.

It takes virtue and daring to be free (obscure Greek poetry quote, check).

And your guys have the guts to come in, day after day, and do the thing you mock for being a waste of time. Play time. Just marketing.

As if your innovation team have the power to decide to coast, even if they wanted to.

But why let logic stand in the way of a good story?

They come in to meet your mocking dismissive remarks. And the doubts. And the snarky commentary. And the unrealistic expectations.

They come in with half explored ideas and big dreams. And they know they will take a beating. Over risk factors and revenue projections, over implementation schedules and acceptance criteria for the thing that doesn’t yet exist.

They come in. Because they remember what you said when you offered them the job. And because you may no longer believe, but they do.

They believe in better, in new, in “viable yet profitable”.

They believe in the thing you hired them for. And they have the guts to come in and try to remind you, day in day out.

But gumption is not enough.

Standing there, like erstwhile guardians of Hope, is not enough.

They need to imagine a future.

Do you have any bloody idea what that takes?

The ability to move away from the constraints of what is known, received and familiar, and imagine a way of organising life and human activity that achieves the same ends via different means. That achieves new ends not previously possible.

Do you know what intellectual might it takes to break away from what you know, and imagine something that doesn’t yet exist?

Whether they achieve it through their artistic streak, a solid liberal arts or experimental science education, a profound engagement with theatre, volunteer work or travel, they are doing something that keeps opening their mind that allows them to, in turn, open yours.

And you still mock.

So courage and imagination is not enough.

Their ability to withstand and create is not enough. Because you still mock and challenge, not what they say, but their right to say it. Their sanity. Their perception. Their abilities to deduce and interpret. All the things they do well. All the things you hired them for.

So courage and imagination are not enough. Because you still mock.

So to stand a chance of landing a message every now and again. Of getting you to understand the why as well as the what. Of getting you to commit time, attention, effort, they need some serious firepower. Beyond that of their their sponsor and patron. They need to have big guns of their own. Be it knowledge, credibility, your respect from the job they had before, your grudging acknowledgement of results delivered, the ability to generate something you want and trade it for something you need but would rather not think about.

And before you say “whatever, our innovation team has achieved a lot over the last few years. Actual, tangible results. Meaningful impact. Traction. So you can’t be right.”

My answer is “exactly”.

They have achieved a lot thanks to guts, imagination and unbridled fire power.

Imagine how much they would achieve if they also had your help.

When I resigned one of my innovation jobs (toss a coin, there were only two) one of my very senior stakeholders came to see me to tell me I was letting him down. My ability to fight an uphill battle and not give up, and still get things done, and still smile, was what made him see me as a kindred spirit. It was what earned me his respect. It was what he thought would keep me there forever.

The fact that I can work like this doesn’t mean that I should.

He didn’t get it.

And that saddens me.

But I don’t regret the choice. I only regret that what changed for me is not changing fast enough for the industry.

So if you are blessed with a team who have the guts and brain fire power to explore different intellectual possibilities, the focus and determination to test options and present you with viable proposals for things never done before, and you still value their tenacity more than the world they bring you on a plate, then, after all these years, you no longer deserve their fierce grace nor the future they are exploring for you

So lift your head from BAU for a second. Look back and take stock.

If you have a team like the one I described, go over right now and hug them. And huddle around a whiteboard and hear how you can make their life better so that they can save yours.

Then get out of their way and let them work.