Societe Generale is planning to cut jobs at its investment bank and find a partner for its cash-equity business to mitigate the increasing cost of meeting regulation demands. 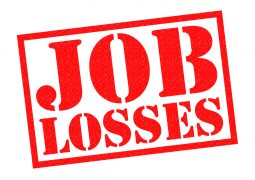 According to Bloomberg, the bank could cut up to thousands of jobs at its global banking and investor solutions unit, including support roles in finance and human resources.

This comes just after SocGen said it was considering closing its proprietary-trading unit, following the same move by its French rival BNP Paribas.

According to Bloomberg’s source, the bank is still examining which parts of the business would see the effect. SocGen’s Global Banking and Investor Solution (GBIS) unit has more than 20,000 employees.

The group is seeking to cut €500 million of costs and review less profitable investment-banking activities after a very negative fourth quarter, particularly around fixed-income and currencies activities.

Deputy CEO Severin Cabannes is now in charge of the GBIS unit and is readjusting a 2017 business plan.

SocGen’s board last year took the step of proposing a new four-year term for the CEO.

The bank is looking to set a joint venture for its cash equity and research. Given that finding a partner for the stock brokerage business may take months, and it’s likely that the bank will look for it within the group.

SocGen declined to comment on any of these issues.