Chinese insurance group Ping An is preparing for a potential $8 billion initial public offering (IPO) of its subsidiary OneConnect. 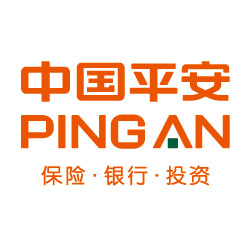 According to people familiar with the matter that spoke to Bloomberg, Ping An is now targeting to list OneConnect in Hong Kong in the second half of this year. The share sale could raise roughly $1 billion, according to the people.

The insurance company initially had a fundraising goal of as much as $3 billion last year, before an increasingly volatile market forced it to push back the listing.

Ping An tempered its valuation expectations and may offer a smaller stake in the business after OneConnect’s business performance wasn’t as strong as initially projected, one person explains.

This IPO plan is still at an early stage, and details of the OneConnect offering including the valuation and fundraising size could change depending on market sentiment. The company declined to comment.

OneConnect provides cloud computing and other technology services to SMEs. It’s partnered with more than 460 banks as well as over 1,800 other financial services firms from insurers and brokerages to fund managers and private-equity houses, according to Ping An’s 2017 annual report.

The subsidiary previously raised $650 million in a series A financing round that valued the company at $7.4 billion.

Just last week, Ping An revealed that OneConnect had started operations in Indonesia.

The plan is to work with local banks and financial institutions (FIs), and digitise their financial services.

According to Pin An, Indonesia is the largest and fastest growing internet economy in Southeast Asia with a $27 billion economy in 2018.