Suncorp’s multi-year venture to modernise its core banking system with Oracle FFS, known as Project Ignite, looks to be in trouble again. 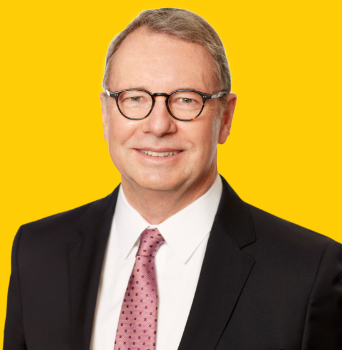 To give you some background, in August 2016 the revamp was in its final stages. However, in questions over its half-year FY17 results, Suncorp said the configuration of the platform and product migration has “taken longer than expected”, causing a setback in the project’s timeline.

In the latest development, Suncorp CEO Michael Cameron has expressed his dissatisfaction with the lack of progress on the project in the Australian bank’s HY19 results.

Cameron explains: “Well just for everyone’s background who doesn’t know the detail, we’re currently running two systems – Hogan for deposits and transaction and Oracle for everything else.

“That is inefficient because Hogan costs us about $11 million per annum to run so it’s not a great situation.

“The process we’ve been going through is to wait for an opportunity to move those deposits and transactions onto Oracle in a low risk way with a stable system, and you can imagine from a transactional perspective the last thing we want to do is to create a situation where it’s not stable.”

If you’re not aware, Project Ignite was initiated in 2011, with the bank signing for a range of solutions from Oracle, including Oracle Banking Platform (OBP, the vendor’s new high-end core banking offering), Flexcube for trade finance and Oracle CRM.

The initiative was set to rationalise the bank’s product set by half, the decommissioning of 12 legacy systems and re-engineering of 580 processes.

However, in the latest chapter this month, Cameron is not a happy bunny: “We’ve been looking to Oracle to provide evidence around the world or within Australia of a successful deployment of that module.

“When we see that we will then move forward with following another bank in deploying that module, which will allow us to close down the Hogan system and get that benefit of the saving.

“But at the moment I suspect most of the Australian banks are going to be very distracted in other areas, and that possibly will slow down some of the implementations that may have been proposed.”

While Suncorp announced a net profit after tax (NPAT) of $250 million in its HY19 results, this Project Ignite saga has not produced a result yet.