NatWest has partnered with fintech company FreeAgent to offer direct bank feeds of NatWest and Royal Bank of Scotland (RBS) accounts to its SME customers. 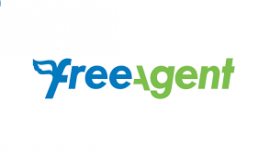 According to FreeAgent, this is a first for accounting software in the UK, aiming to give customers visibility of the finances held at NatWest and RBS brands, using APIs and open banking.

This will initially be open to a select group of test users, with a wider roll-out expected later in 2019.

Ed Molyneux, CEO and co-founder of FreeAgent, says: “From our customers’ perspective it will seem like only a small change to their FreeAgent experience, but it represents a significant step in how they will interact with their data in the future.”

He adds: “Eventually, we envisage a whole ecosystem of fintech apps, features and services powered by open banking that will make it easier than ever for people to run and maintain their own business.”

FreeAgent offers cloud-based accounting software for small businesses, freelancers and accountants. It was acquired by RBS in 2018.

Similar features are expected to be rolled out to its personal banking customers within its mobile banking app over the coming months.