Anglo-American insurtech Inshur has closed a Series A investment round, securing $7 million in equity funding and a further $2 million credit facility. 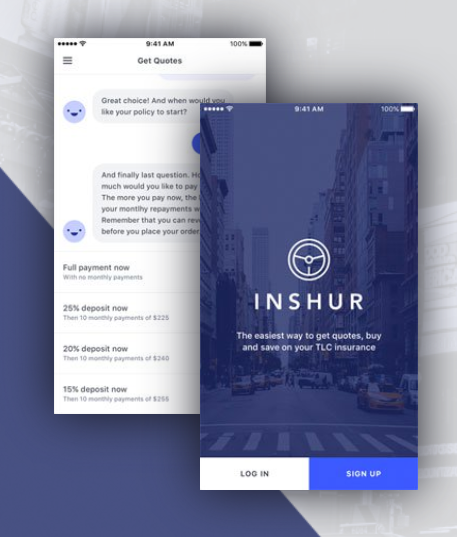 The investment was led by Munich Re Ventures with participation from MTech Capital.

While the name Inshur may sound like Sean Connery pronouncing the word “insure”, it is in fact a digital provider of commercial auto insurance, currently focused in the “rideshare vertical”. The product has been live in New York for 11 months and recently launched in the UK.

Inshur CEO Dan Bratshpis says: “Our first institutional round of funding will allow us to expand further into new territories and insurance verticals within the US and EU.”

Brian McLoughlin, a co-founder and partner of MTech Capital is joining Inshur’s board of directors.

It allows drivers to “manage their entire insurance lifecycle from their mobile phone”.

The firm was founded in October 2016, and its teams are based in NYC and Brighton (UK).